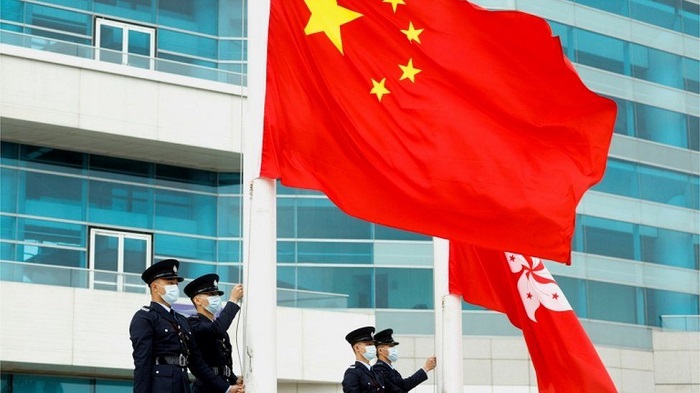 The reform will allow a pro-China panel to vet and elect candidates, reducing democratic representation.

Critics warn it is designed to remove all opposition from the city's parliament, allowing Beijing to tighten its control over Hong Kong.

It is the latest measure designed to crack down on dissent in Hong Kong.

Since the electoral reform law was initiated by the Chinese government in March, it has drawn widespread international condemnation, including from the US, the EU and UK.

On Thursday the bill was passed by an overwhelming majority in Hong Kong's parliament, the Legislative Council (LegCo), which has been dominated by pro-Beijing lawmakers since a mass opposition walkout last year.