Trader killed in front of son in Pallabi: Another accused held 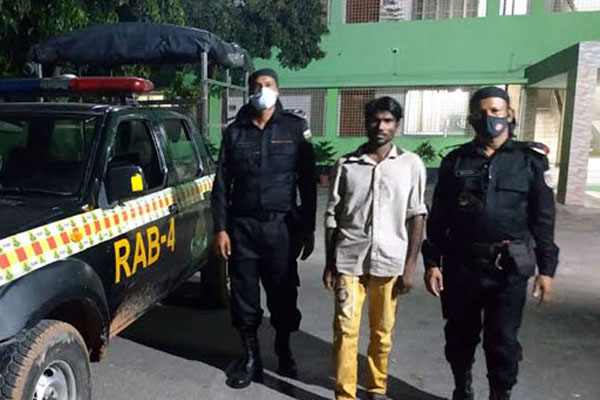 The Rapid Action Battalion (RAB-4) arrested another accused in a case filed over killing of a trader in front of his son in Dhaka's Pallabi area on Wednesday night.

Confirming the news, RAB-4 Assistant Superintendent of Police (ASP) Ziaur Rahman Chowdhury, said on secrete information, the law enforcers conducted a drive and arrested him from Ceramic area of Pallabi.

He said Kalu admitted his involvement in Sahinuddin's murder during preliminary interrogation.

Earlier, two accused in the murder case killed in gunfights.

A group of criminals led by Sumon attacked Shahin in front of his house around 4:45pm on Sunday. They stabbed him indiscriminately with sharp weapons, leaving him dead on the spot. A CCTV camera installed nearby recorded the incident.