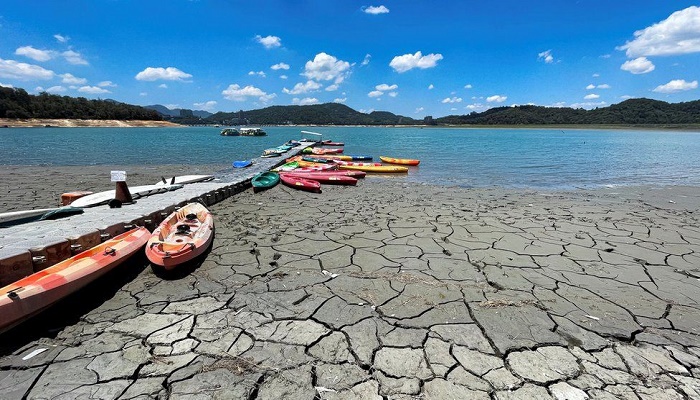 It's becoming more likely that a key global temperature limit will be reached in one of the next five years.

A major study says by 2025 there's a 40% chance of at least one year being 1.5C hotter than the pre-industrial level.

That's the lower of two temperature limits set by the Paris Agreement on climate change.

The conclusion comes in a report published by the World Meteorological Organization (WMO).

The analysis is based on modelling by the UK Met Office and climate researchers in 10 countries including the US and China.

In the last decade, it was estimated that the chance of any one year reaching the 1.5C threshold was only 20%.

This new assessment puts that risk at 40%.

"What it means is that we're approaching 1.5C - we're not there yet but we're getting close," he said.

"Time is running out for the strong action which we need now."

The researchers point out that even if one of the next five years is 1.5C above the pre-industrial level, it'll be a temporary situation.

Natural variability will mean the following few years may be slightly cooler and it could be another decade or two or more before the 1.5C limit is crossed permanently.

The Paris Agreement established the goal of keeping the increase in the global average temperature to no more than 2C and to try not to surpass 1.5C - and that's understood to mean over a long period rather than a single year.

According to Dr Joeri Rogelj, director of research at the Grantham Institute, Imperial College London, "the 1.5C in the Met Office announcement should not be confused with the 1.5C limit in the Paris Agreement".

"The Paris targets refer to global warming - that is, the temperature increase of our planet once we smooth out year-to-year variations," he explained.

"It tells us once again that climate action to date is wholly insufficient and emissions need to be reduced urgently to zero to halt global warming."

A landmark report by the UN climate panel in 2018 highlighted how the impacts of climate change are far more severe when the increase is greater than 1.5C.

At the moment, projections suggest that even with recent pledges to cut emissions of greenhouse gases, the world is on course to heat up by up to 3C.

The WMO's secretary-general, Prof Petteri Taalas, said the results of the new research were "more than mere statistics".

"This study shows - with a high level of scientific skill - that we are getting measurably and inexorably closer to the lower target of the Paris Agreement on Climate Change," he explained.

"It is yet another wake up call that the world needs to fast-track commitments to slash greenhouse gas emissions and achieve carbon neutrality."

Prof Ed Hawkins, a climate scientist at the University of Reading, told me that if the new forecast is proved right "it does not mean that we have exceeded the Paris Agreement limit".

"As the climate warms, we'll get more months above 1.5C, then a sequence of them, then a whole year on average above 1.5 and then two or three years and then virtually every year," Prof Hawkins said.

He also stresses that 1.5C is "not a magic number that we've got to avoid".

"It's not a sudden cliff edge, it's more like a slope that we're already on and, as the climate warms, the effects get worse and worse.

"We have to set a line in the sand to try to limit the temperature rise but we clearly need to recognise that we're seeing the effects of climate change already in the UK and around the world and those effects will continue to become more severe."

The report comes in the approach to the COP26 summit on climate change, due to be held in Glasgow in November.

The summit aims to raise ambition among world leaders on tackling the climate crisis.