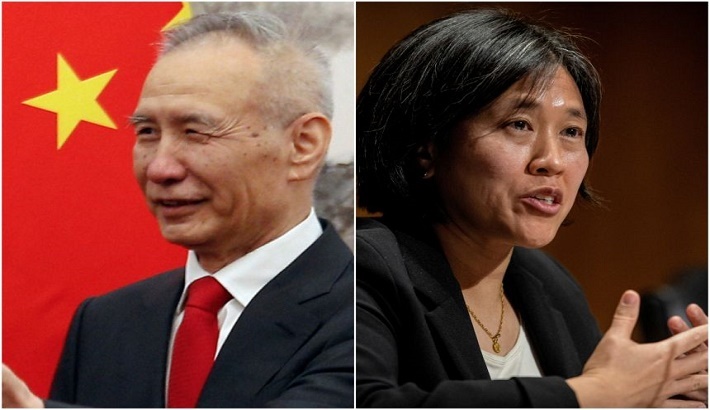 The US and China's top trade negotiators have held "candid, pragmatic" talks, in their first meeting under the Biden presidency.

The Office of the United States Trade Representative said that Ms Tai and Mr Liu "discussed the guiding principles of the Biden-Harris Administration's worker-centered trade policy and her ongoing review of the US-China trade relationship, while also raising issues of concern."

Beijing has also maintained duties on some imports from America.

China was the only major economy to see its global trade grow last year as it became the first big country to emerge from the pandemic.

Sales of Chinese-made goods have soared around the world as demand from the US jumped and the Covid-19 crisis in India stalled much of its factory production.