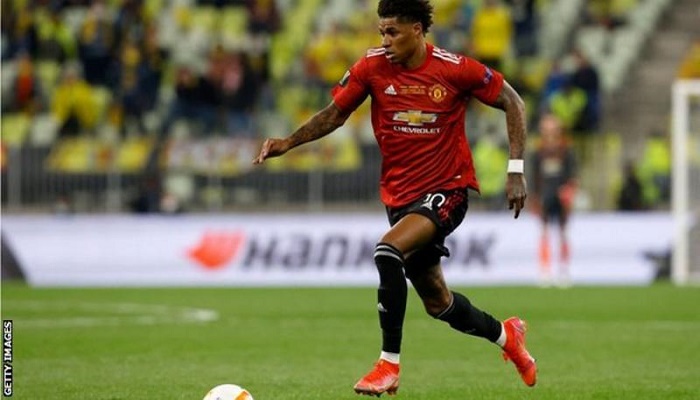 "At least 70 racial slurs on my social accounts counted so far," Rashford wrote on Twitter.

"For those working to make me feel any worse than I already do, good luck trying."

Rashford has spoken previously about racial abuse he has received.

In January, the England international said he was subjected to "humanity and social media at its worst" after receiving racist abuse following a 0-0 draw with Arsenal.

"I'm a black man and I live every day proud that I am," he wrote on Twitter at the time.

"No-one, or no one comment, is going to make me feel any different. So sorry if you were looking for a strong reaction, you're just simply not going to get it here."