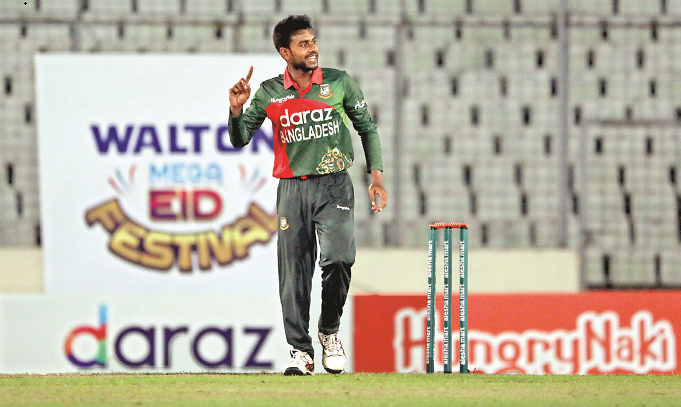 Mehidy, who was ranked fifth before the series, finished with 4-30 and 3-28 in the first two ODIs, which not only helped him jump three places to career-best second position but also guided Bangladesh to record their maiden series win over the visitors.

“It really feels good to be ranked second. I never thought of becoming second in the ODI rankings,” Mehidy said on Wednesday.

“I always thought that I won’t be a Test bowler only. When I started to play ODIs, I only thought of contributing to the team by performing well. I worked on many areas and took lessons from coaches as well,” he added.

The 23-year old also became the only third bowler from his country to be ranked among the top two in the ICC ODI Bowling Rankings after Shakib Al Hasan and Abdur Razzak.

Shakib grabbed the number one position in bowlers’ ranking in 2009 for the first time while left-arm spinner Razzak reached the second position in 2010.

Pacer Mustafizur Rahman also jumped to the ninth position in the ODI Bowling Rankings after taking six wickets in the first two matches against Sri Lanka as he saw an eight-place lift in his ranking.

Wicketkeeper-batsman Mushfiqur Rahim, who struck 84 and 125 runs respectively in the series, moved up four places to a career-best 14th position while Mahmudullah advanced two places to 38th position after making 54 and 41 in two innings.