The job not done yet 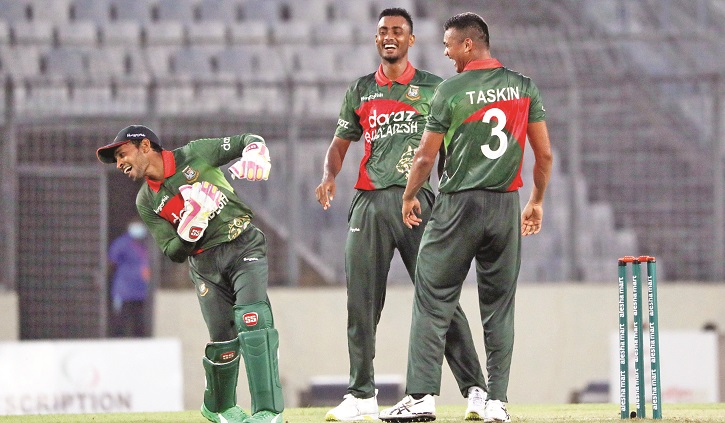 Bangladesh can certainly claim that they are on cloud nine after reaching at top of ICC WC Super League, courtesy of their maiden series win over Sri Lanka but certainly, they need to guard against complacency.

The ODI series between England and Ireland on July 30 last year officially started the ICC WC Super League that was introduced alongside the Test Championship to provide context to ODI cricket by acting as a qualification pathway to determine participants for the 2023 World Cup in India.

Throughout the league, each team will play four series at home and four away, with teams awarded 10 points for a win and five for no result or Tie.

All Super League assignments will be three-match series although teams will be free to schedule additional games and the results of those matches will not be considered for league points.

Bangladesh began their ICC Super League campaign in style by beating West Indies 3-0 at home while they also earned two victories over Sri Lanka in the opening two games to move at the top of the table with 50 points from eight games.

The Tigers conceded 0-3 defeat to New Zealand in their first away ICC Super League fixture while they are expected to take on Zimbabwe, South Africa and Ireland at their own den in the ICC Super League in the coming days.

Bangladesh will take on Afghanistan and England at their back yard that to complete their ICC Super League fixtures and need to make sure they earn the most number of points at home not to play the qualification round to feature in the biggest cricket carnival of the globe.

Though Bangladesh won the opening two games against Sri Lanka, it wasn’t clinical as a batting unit as apart from the seniors, others failed to live up to expectations.

Sri Lanka, who are playing the series with a relatively new team after excluding few seniors from the side to groom the next generation cricketers, failed to come up with a proper plan of action and thus the experience of the Tigers bowling unit was too hot for them to handle.

Bangladesh skipper Tamim Iqbal admitted that they need to improve to progress against the better teams as he feels they were lucky to clinch the series.

“Lucky to win two games as we haven't played the perfect game yet,” Tamim said after the second match on Tuesday.

“We haven't nailed the perfect performance yet. We had to step up our fielding and the catches we didn't take, those will change games, and if we take those then I'll be a happy captain,” he said, adding that the batting unit needed to step up.

The form of Liton Das remained a cause of concern and on Wednesday, Bangladesh Cricket Board added Mohammad Naim to their squad for the third and final ODI against Sri Lanka, scheduled on Friday.

There’s a speculation that the left-handed opener might be given a go in place of Liton but whether that takes place or not one thing the hosts need to ensure is that they don’t lose ICC WC Super League points at home against second-string Sri Lanka which can be decisive in the long run.