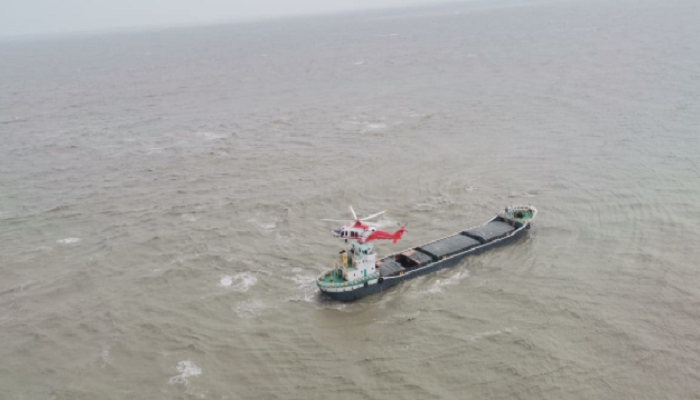 Air Force helicopters rescued 12 sailors floating on the sea after their lighter ship capsized in the Bay of Bengal on Wednesday, authorities said.

The sea was rough due to impact of Cyclone Yaas when the vessel capsized near Bhasanchar in southern Noakhali district, they said.

“Two rescue helicopters flew to the capsize sight within a very short time from Patenga Air Force Base and rescued 12 crew members who were floating in the middle of the sea,” he said.

He said that the rescued sailors were taken to Patenga Zahurul Haque Air Base and given necessary food and medical services.

According to naval sources at Patenga in Chittagong, stone-laden lighterage ship named MV Sanvalli sank in the rough sea near Bhasanchar in Noakhali around 2pm on Wednesday.