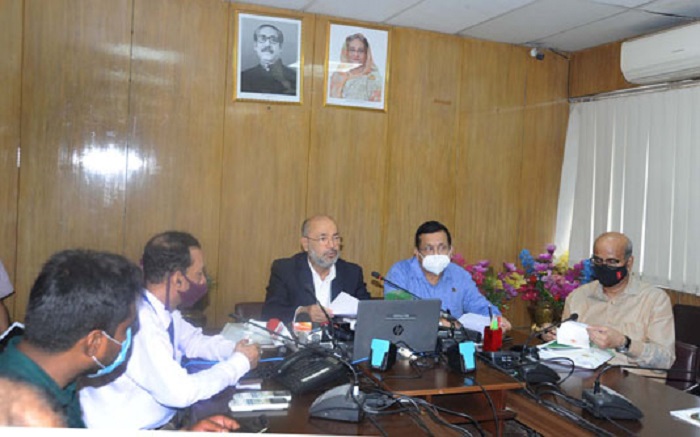 State Minister for Disaster Management and Relief Dr Md Enamur Rahman said on Wednesday people in 27 upazilas of nine coastal districts in the country have been affected by the tidal surge, caused by severe cyclonic storm “Yaas”.

“Yaas had started crossing the Indian coast this morning. Bangladesh is now completely free from its effects. However, people in 27 upazilas of nine coastal districts have been affected by its high tide,” he said.

The state minister said this at a press conference on the overall cyclone situation held in the conference room of the ministry at the secretariat here.

“Cyclone Yaas has crossed the Odisha coast of Indian state since this morning. It is still crossing, hopefully it will cross Odisha by 4 pm,” he said.

He said some 27 upazilas of Satkhira, Khulna, Bagerhat, Pirojpur, Barguna, Patuakhali, Bhola, Noakhali and Laxmipur districts have been affected by the high tide of Yaas.

The state minister said the deputy commissioners have been allotted adequate food items and funds to provide as humanitarian assistance in response to any disaster.

Besides, 16,500 packets of dry and other food items have been allotted to the concerned deputy commissioners to provide humanitarian assistance to the victims in 27 upazilas of nine coastal districts due to tidal surge caused by the cyclone Yaas, he added.

He said control rooms have been set up in coastal districts and upazilas to exchange cyclone related information.

The National Disaster Response Coordination Centre (NDRCC) of the Ministry of Disaster Management and Relief has been working round the clock to collect and exchange information on the cyclone, he continued.

Apart from around 76,000 volunteers from the Cyclone Preparedness Program (CPP) in the coastal areas, volunteers from Scouts, Red Crescent Society, Ansar VDP are working to deal with the havoc of Yaas.

In addition, adequate masks and health equipment were ensured for the management of the cyclone shelter centres in compliance with the health safety guidelines and regulations, he added.

Disaster Management and Relief Secretary Md Mohsin said: “Initially, some damages have been calculated. A complete report will be made in another meeting. We will do it within a short time when the field work is done.”