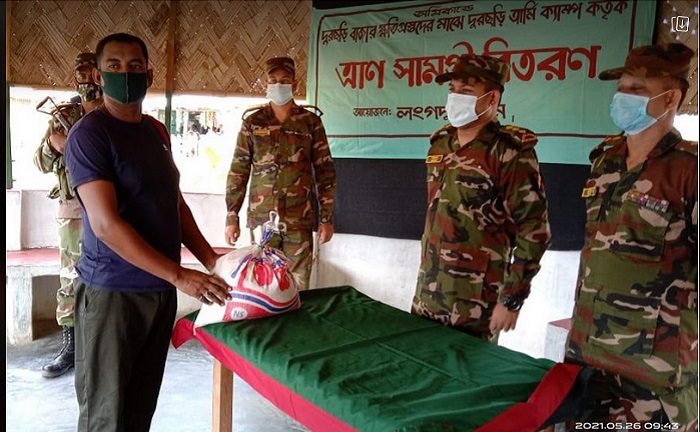 At the initiative of Khagrachhari Army Region and under the management of Langadu Army Zone, food items and other humanitarian aid were distributed among 21 families affected by the fire in Dur Chhari Bazar.

A total of 12 shops were completely burnt down in a fire on Monday in Dur Chhari bazar area under Langadu Army Zone.

Apart from maintaining peace, order and stability in the Chattogram Hill Tracts, Bangladesh Army will continue to provide various humanitarian assistance to the locals in the future as well.