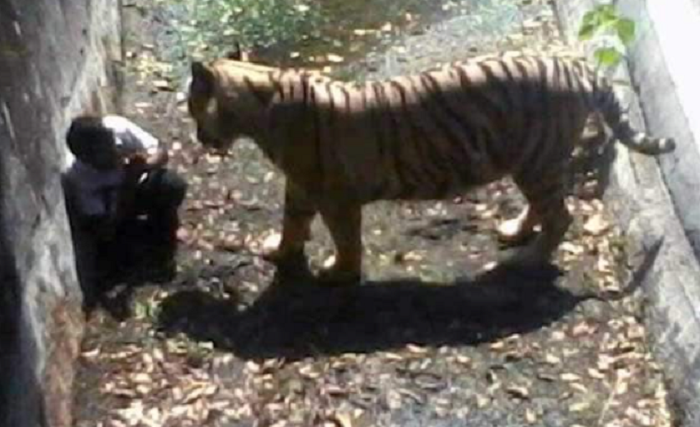 Two zookeepers have been killed by tigers this week at separate zoos in China, according to state media.

In the first incident Sunday, a 55-year-old keeper surnamed Yang was mauled to death by a tiger as he cleaned its cage at a zoo in eastern Anhui province, state media reported.

Yang had been a tiger handler at the Zhanggongshan Zoo in Bengbu for nearly two decades, the state-run Global Times newspaper reported.

On Tuesday, police shot two tigers dead after they mauled a zookeeper during feeding time and escaped their enclosure at a park in central Henan province. The keeper, surnamed Jia, was hospitalized and later died of his injuries.

Attempts to anesthetize or trap the animals were unsuccessful. Fearing the tigers would make it into the dense forest near the park, where they could pose a danger to local residents, police decided to shoot them, officials told the broadcaster.

According to state-run Beijing News, the tigers were on loan from a circus in Suzhou, Anhui province, more than 600 kilometers (370 miles) away, and had been rented for a performance at the Henan park. Officials in Suzhou said the use of tigers for performances has been banned since 2018, and no license had been approved for their transport or use, the paper reported, adding an investigation would be held.

Authorities in Xichuan are also investigating Danjiang Peacock Valley and have ordered the business to suspend operations, CCTV reported.

The tiger attacks also come weeks after three leopards escaped a park in Hangzhou -- which neglected to tell local residents for a week. Two of the leopards were caught but one remains on the loose, presumed dead.