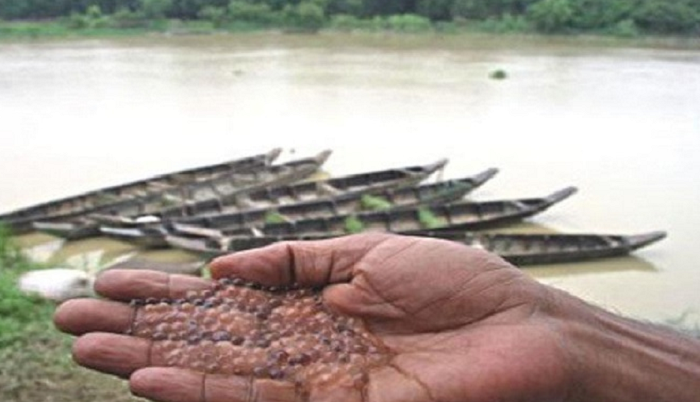 Mother fish of different species released eggs in the Halda River, the only natural fish spawning center in South Asia.

The fishermen said they found eggs from Kagotia to Garduara Nayahat in the river after 12 pm on Tuesday.

The egg collectors said the mother fish started to release eggs due to favourable weather.

The authorities concerned said this year the target of collecting eggs may exceed all previous records as necessary measures were taken to protect mother fish.

Confirming the matter, Mohammad Ruhul Amin, Hathazari Upazila Nirbahi Officer, said, “The egg collectors have collected 100-150 grams of eggs in each netting and they also have seen the movement of mother fish in the river.”

However, the authorities concerned have taken steps to ensure the safe breeding of mother fish, he said.

Besides, steps have also been taken as none could catch the mother fish during the breeding period.

All the hatcheries have been prepared for making fish fry from the eggs.

Generally, mother fishes release their eggs during heavy rain in the Bengali month of Chaitra and Baishakh.