3 injured, 50 houses destroyed in storm ahead of Yaas in Jhenaidah 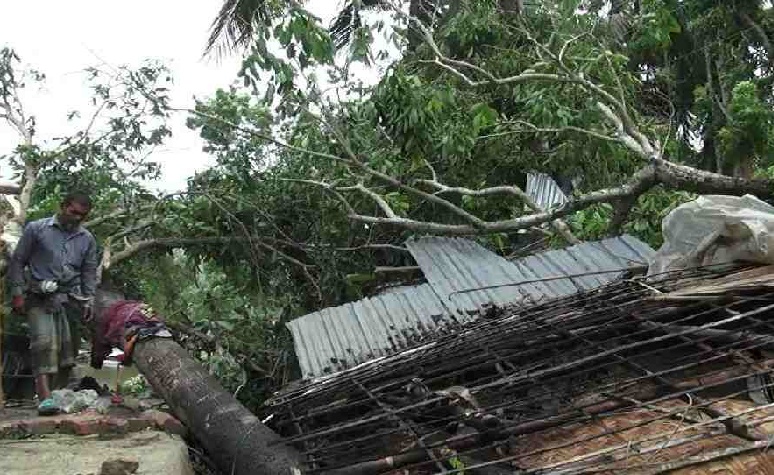 Three persons sustained injuries while some 50 houses were damaged in a storm at Armukhi village in Sadar upazila of Jhenaidah district on Tuesday night, ahead of the landfall of cyclone Yaas.

Kabir Hossain, chairman of Naldanga Union, said a two-kilometre area of the village stretching from Kutipara to West Para was flattened during the storm.

"Three persons, including a woman and a child, were injured in the storm. Several trees were uprooted while all semi-pucca and thatched houses have been destroyed," he said.

Mojibor Rahman, deputy commissioner of Jhenaidah district, said the UNO of sadar upazila has been sent to the spot to ascertain the extent of damage caused by the storm.

Necessary steps will be taken after getting a report from the spot, he said.