Hong Kong could end up throwing away unused Covid jabs 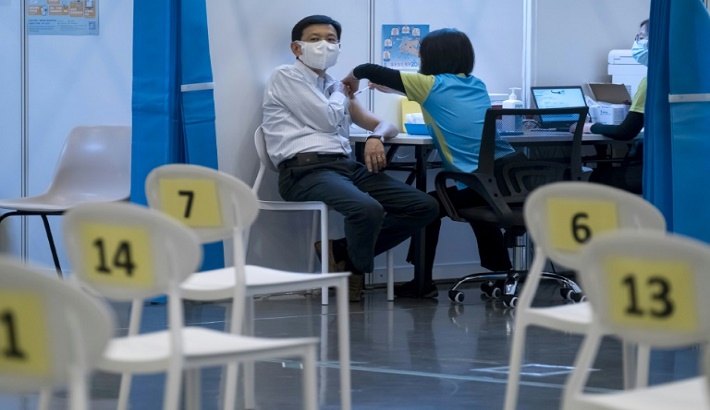 Hong Kong has warned it could have to throw away vast stores of coronavirus vaccines because of people's reluctance to have a jab.

The territory currently has around two million Pfizer shots that will be out of date in three months.

"They cannot be used after the expiry date and the community vaccination centres for BioNTech will, according to present plans, cease operating after September," Thomas Tsang, a former controller of the Centre for Health Protection, told RTHK radio.

New doses were not likely to be delivered before the end of the year, he added.

Hong Kong - population 7.5 million - bought 7.5 million doses each of the Pfizer-BioNTech vaccine and China's Sinovac. Despite this, just 14% of Hong Kongers have received two doses.

Even, the territory's medical sector has been slow to take up vaccines.