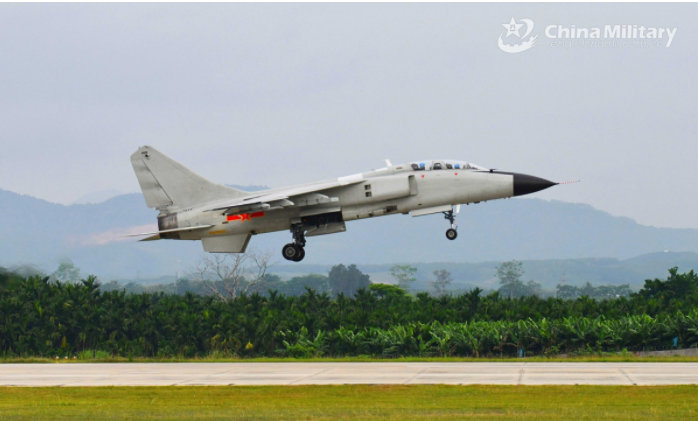 The Chinese People's Liberation Army (PLA) Navy announced on Monday that it recently conducted a live-fire exercise in the South China Sea, in which warplanes rained down thousands of munitions at maritime targets as the pilots enhanced their sea assault and precision strike capabilities.

While the announcement came only a few days after a US warship trespassed into Chinese territorial waters in the region, analysts said that it was not a targeted response, since the exercise was a regular one aimed at enhancing combat readiness, and a single US vessel is too weak to be a proper target.

Several dozen warplanes participated in the drill, as they penetrated defense lines by skimming the sea at low altitudes, firing rockets and cannon rounds, and dropping aerial bombs on maritime targets, the CCTV report said, noting that several thousand pieces of munitions were unloaded.

Although the drill featured a large number of aircraft and munitions, it was a common exercise and only the tip of the iceberg in terms of PLA exercises, Song Zhongping, a Chinese military expert and TV commentator, told the Global Times on Monday.

On Thursday, the guided missile destroyer USS Curtis Wilbur illegally trespassed into China's territorial waters of Xisha in the South China Sea without authorization from the Chinese government, leading the PLA Southern Theater Command to organize maritime and aerial forces to track, monitor it and warn it away.

When asked if the PLA exercise was related to the US warship's provocation, Song said that this was not likely the case, because a single US ship has limited capability and is not worthy of a targeted exercise.

The PLA's training and combat preparations are not only for deterrence, but also for actually winning a war should it take place at any time, analysts said.

The JH-7 fighter bomber recently also made an appearance at an exercise in the Taiwan Straits. Two aircraft reportedly on Thursday flew across the so-called middle line, tipping it on its southern edge, two days after the USS Curtis Wilbur made a transit in the Straits and sent wrong signals to Taiwan secessionists.