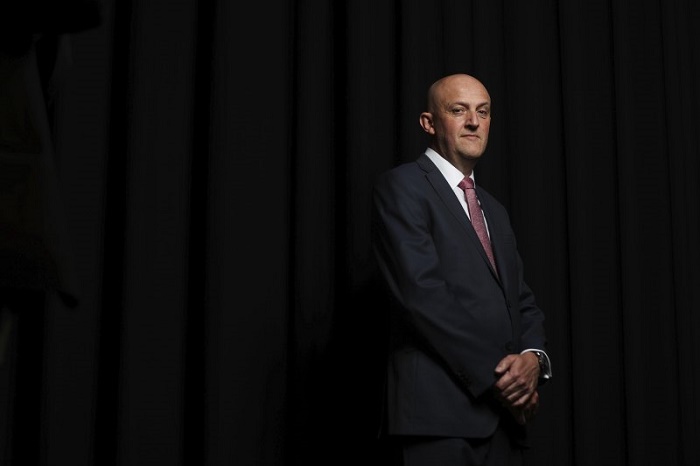 Australian intelligence has identified about 500 recent incidents of covert foreign agents interfering in domestic politics and society, but the nation’s chief spy insists that “at least 99.9 per cent” of the diaspora communities here are uninvolved.

The previous head of domestic spy agency ASIO, Duncan Lewis, had said in 2017 that the agency was being overwhelmed by foreign interference and espionage and in 2018 that it was happening at unprecedented levels.

But the number of instances has not been known publicly until now. ASIO’s last public update said that it had dealt with more than 30 cases in 2020. Only a handful were publicly visible.

In an interview for the new book Red Zone, by this correspondent, a senior intelligence officer said there were about 500 known or suspected cases of foreign interference and espionage in Australia in late 2020.

The official, speaking on condition of anonymity, emphasised the qualifiers “known or suspected”. Not all suspected cases were verified, and it was possible that there were undetected cases.

Several countries are behind such activity but officials have said that the Chinese Communist Party is by far the most active in trying to influence Australian politicians and political processes covertly.

The current head of ASIO, Mike Burgess, said covert agents of foreign powers made up just a tiny minority of diaspora communities.

“It is important to understand that ASIO works with – not against – diaspora communities as we seek to help and protect them,” he said in an interview for the book.

“I am always at pains to distinguish between diaspora communities on the one hand and the foreign governments and their intelligence services that are conducting foreign interference on the other.

“I would venture that at least 99.9 per cent of the diaspora community are fine. In fact, it is the diaspora communities that are often the victims of interference. I am an immigrant myself [from England, with his family when aged seven]. I understand that fondness for the country of your birth does not mean you are disloyal to Australia, and it certainly does not mean you are a security threat.”

The Turnbull government toughened laws against both espionage and interference in 2018 with full support from the Labor opposition, and the Morrison government allocated funding for a joint ASIO-Australian Federal Police taskforce to enforce the laws.

When asked for an assessment of ASIO’s progress against foreign interference and espionage, Mr Burgess said the agency had a list and they were working to shorten it.

“We’re shrinking that list through those activities – visa cancellations or interviews, that disrupts and reduces harm. In February 2020 I gave a speech where I warned any nation conducting espionage and foreign interference in this country that ASIO and its partners will hunt you down and deal with your activities.

“Obviously, I cannot go into details but I can confirm that we have made impressive progress. Of course, that does not mean the threats have ended. Foreign intelligence services will still try to steal our secrets and undermine our sovereignty, and they are likely to respond to our successes by using more sophisticated tradecraft and technology in the future.”

The federal budget this month allocated funds for a 15 per cent increase in ASIO staff numbers, up by 279 people to 2152. Its total budget last year was $520 million. The government projected a total, 10-year increase for ASIO of $1.3 billion including some for artificial intelligence. The AFP was allocated money for another 290 staff.

Australia’s new foreign interference and espionage laws were denounced by Beijing, with the Chinese government demanding they be repealed. Of the 14 demands made by China’s government in November as a precondition of improving relations, the repeal of these laws is number three.

Number one on the list calls for China’s foreign investment to be unrestricted. Number two is a reversal of the Huawei ban.

Mr Lewis said in 2018 that foreign interference and espionage were a “real and potential existential threat to Australian security and sovereignty”. Mr Burgess told the author that the new laws had exerted “a chilling effect” on foreign governments and their agents.

The head of the ANU’s National Security College, Rory Medcalf, said the estimate of 500 known or suspected cases of foreign interference and espionage did not mean there were 500 active efforts to influence or turn senior decision-makers.

“But it’s part of a wide spectrum of activity ranging from low-level community interference right through to efforts to disrupt the system at a high level,” he said.