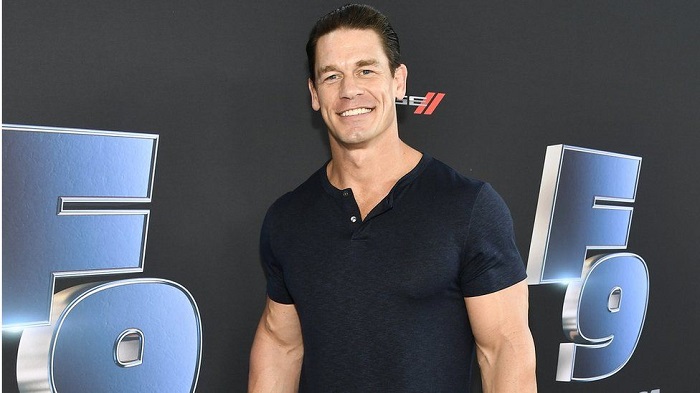 WWE star John Cena has apologised to China for calling Taiwan a country.

The actor and former professional wrestling champion described Taiwan as a country in a promotional video for the latest Fast and Furious film.

The interview prompted a backlash in China, which considers self-ruling Taiwan to be part of its territory.

Mr Cena has now posted a video message on social media in which he speaks in Chinese and says sorry for his "mistake".

The controversy began when Mr Cena said Taiwan would be the first "country" to be able to watch Fast and Furious 9, in an interview with Taiwanese broadcaster TVBS (in Chinese).

Taiwan is a self-governed island state separated from mainland China by the Taiwan Strait. Beijing opposes the suggestion Taiwan is an independent state.

On Tuesday, Mr Cena posted a video on the Chinese social media site Weibo, apologising for the "mistake".

"I made one mistake, I must say right now, very important, I love and respect Chinese people," he says, in Chinese. "I am very sorry for my mistake. I am so sorry, I apologise."

Some comments in response to the video accused Mr Cena of not going far enough in his apology.

"Please say 'Taiwan is part of China' in Chinese, otherwise we will not accept," one Weibo user wrote.

Others were more forgiving.

One wrote: "I can feel that he really likes China... He said the wrong thing and paid the corresponding price."

Mr Cena, who stars as Jacob Moretto in the new Fast and Furious film, has a large fanbase in China and over 600,000 followers on Weibo.

The 44-year-old has been learning the Mandarin Chinese language for several years, but in the past has dismissed his abilities as "remedial".

"I've been studying Mandarin for five years and I still speak like a third grader," he told the Straits Times in 2017.

The 17-time WWE professional wrestling champion is the latest high-profile westerner to became entangled in a dispute over China's political interests.

Fashion brands including Burberry, H&M and Nike have had their online stores blocked and logos blurred on Chinese state TV in a row over claims of abuse in Xinjiang province.

China has previously pressured the Australian airline Qantas into listing Taiwan as a Chinese territory.

John Cena to China after calling Taiwan a country: I love and respect China and Chinese people. I’m very, very sorry about my mistake. I apologise, I apologise, I’m very sorry.