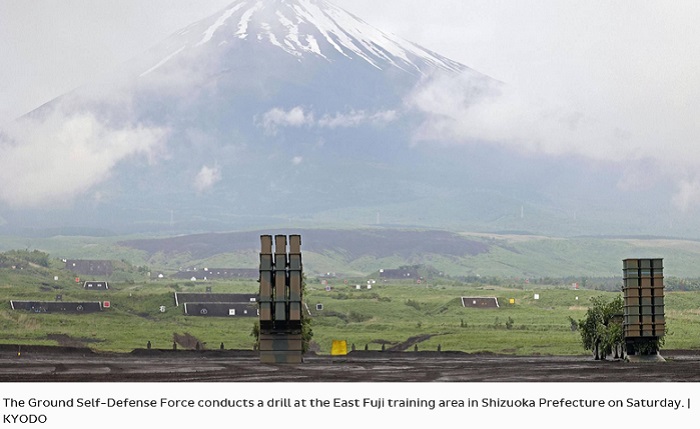 The annual firepower exercise at the East Fuji training area in Shizuoka Prefecture comes as Japan has been increasingly vigilant over China’s maritime assertiveness in the East China Sea where Beijing claims the Japanese-administered Senkaku Islands.

Japan is stepping up its capabilities to protect the Nansei Islands, a chain stretching southwest toward Taiwan and covering Okinawa and the Senkakus, uninhabited isles which China calls the Diaoyu.

The event was livestreamed on YouTube as the GSDF refrained from allowing the public to see it on site for the second straight year due to the coronavirus pandemic.

The drill is normally held in late August but was brought forward due to the Tokyo Olympics and Paralympics.