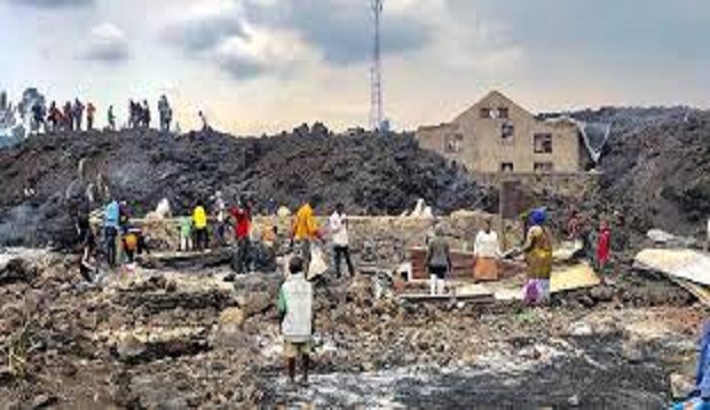 The volcanic eruption in eastern Congo two days ago has killed at least 32 people, officials said on Monday as residents searched for missing loved ones amid destroyed homes on the outskirts of the eastern city of Goma where aftershocks were detected.

The toll on Monday increased from 22 to 32, and was likely to continue rising, according to Joseph Makundi, head of Civil Protection for the North Kivu province.

The United Nations Children's Fund (UNICEF) said that children were lost amid the chaos as residents fled the nearby city of Goma on Saturday. More than 150 children have been separated from their families and more than 170 children are feared to be missing, the agency said.

The volcano began erupting at 6 pm local time Saturday and finally slowed down at 4 am Sunday.