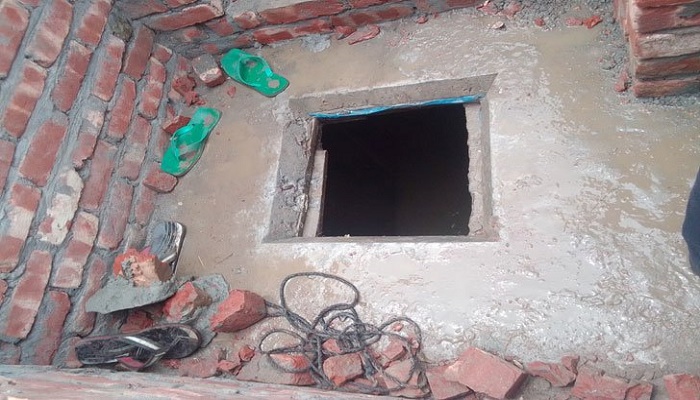 Police recovered 6 pieces of body of a young man from a septic tank of a mosque in Dakshinkhan area of the capital on Tuesday.

The deceased was identified as Ajharul, 35, was a garments worker.

He used to live with his family in the area.

Officer-in-Charge (OC-Investigation) of Dakshinkhan Police Station Azizul Haque Mia said that the youth went missing several days ago. Later, in the morning, six pieces of his body were recovered from inside the septic tank.

The Imam of the mosque has been detained for questioning in this incident, he said.

The OC also said the body will be sent to Shaheed Suhrawardy Medical College Hospital morgue for autopsy after the legal procedure.