‘Friendship to all, malice to none’ 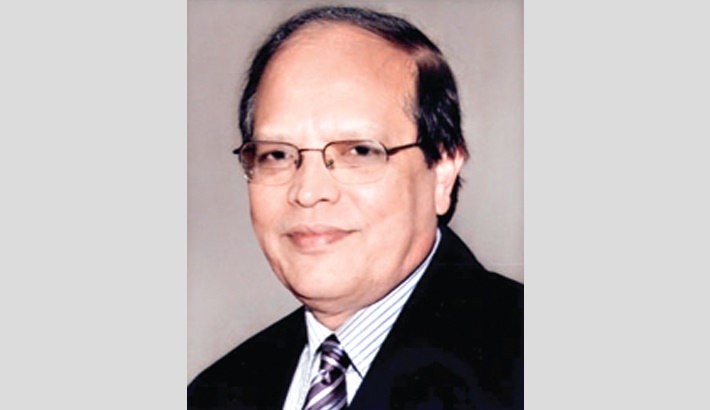 ‘Friendship to all, malice to none’ was the core mantra of Bangabandhu’s foreign policy. This principled stand on foreign relations originated in the early phase of his political career. He was opposed to Pakistan taking an explicit foreign policy in favour of pro-US defence pacts when he was still a young leader during the mid-1950s.

Reacting to Pakistan signing a couple of such treaties in 1954, Bangabandhu wrote, “The newly created state of Pakistan should have followed a neutral and independent foreign policy. We should not have made enemies of any country. It was our duty to become friends with all countries of the world. It should have been a sin for us to even think of joining any military block since we should help maintain peace in the world and since peace is imperative to ensure the economic welfare of the people of a country.”(Sheikh Mujibur Rahman, ‘The Unfinished Memoirs’, Fourth Impression, UPL, 2019, p. 285).

That peace was the core of his foreign policy had been demonstrated many times in his participation in World Peace Conferences. So, it was not at all surprising that Bangabandhu implemented a ‘non-aligned and independent’ foreign policy as a part of his quest for peace. His dream of making Bangladesh the ‘Switzerland of the East’ was aptly demonstrated in the basic foreign policy framework of the newly independent country. Given his deep understanding of global diplomacy, he made it a point that Bangladesh should never get involved in the ‘intensification of power competition in the region’. (Hossain, Kamal, ‘Bangladesh: Quest for Freedom and Justice’, Fourth Impression, UPL, 2019, p. 167). Anchoring on this focused policy framework Bangabandhu’s priority was to achieve global recognition of sovereign Bangladesh as fast as possible. He kept his cool and continued to pursue a reconciliatory approach, both formally and informally, in developing good neighbourly relations without compromising his basic stance. His prudent leadership and commitment to secularism, justice, peace, and cooperation lifted our heads high in the global arena. After Bhutan and India, the Soviet Union (a global superpower) recognised Bangladesh on 25th January 1972.

Within one month of gaining independence, the Central Asian countries, Australia and New Zealand recognised our sovereignty. Thirty-four European countries, including the UK, recognised Bangladesh during February and March of 1972. Bangabandhu’s approach towards peaceful coexistence and strategic consideration also helped us become members of various international organisations like WHO, UNESCO, IMF, and World Bank (Centre for Research and Information, ‘Mujib: A Nation Rises’, August 2020). True to his style of reciprocity, Bangabandhu made first and second state visits to India and the Soviet Union that were closest allies to Bangladesh during the War of Liberation and developed special relations for cooperation through several treaties and agreements.

His strategic and spirited moves paved the way to establish an early diplomatic relationship even with the United States, whose government was not particularly favourable to Bangladesh’s War of Liberation. However, the people, civil society and legislators of the US were strongly behind the cause of Bangladesh. Bangabandhu was wise enough to make the best of this popular goodwill and cut a deal with the USA to provide Bangladesh USD 90 million under a bilateral agreement signed in May 1972 (Centre for Research and Information, ‘Mujib: A Nation Rises’, August 2020).

Bangabandhu’s strong personality and patriotism helped us overcome many diplomatic challenges that cropped up in the early days of our nationhood. For example, international development partners led by the World Bank were illogically pushing us to take a substantial share of Pakistan’s central debt. Bangabandhu boldly said no to this claim, and the debtors had to agree with his legally correct position. According to Hossain, “Sheikh Mujib’s intense nationalism was to express itself in the statement he made to the donors’ representatives: ‘Gentlemen, millions have died to create Bangladesh because they could not tolerate the injustice inflicted on our people by Pakistan. What you are now demanding is unjust. We will not submit to it. We have millions of hands, with which we will dig the soil and produce what we need from it. If your aid is subject to unjust conditions, we do not want such aid. Thank you very much!’ The donors were taken aback… They were to climb down from their position.” (Hossain, Kamal, ibid. p. 176).

Bangabandhu emerged very quickly as a world leader for his commitment to the downtrodden irrespective of national boundaries. Thus, in one of his speeches, he said, “This is why we have embodied these principles in our Constitution and are committed by the Constitution to support the just struggle of the oppressed people against colonialism, imperialism and racism throughout the world. I consider it important to affirm that the term ‘3rd World’ tends to obscure the basic reality that the world is divided between those who are the oppressors and those who are the oppressed; those who support and aid the oppressors and those who support and aid the oppressed. I would like to make it very clear that what we stand for is the solidarity of the progressive forces of the world – that is for those who are oppressed and those who stand by them in their just struggle for liberation from oppression.” (From YouTube, Bangabandhu’s Visit to Algeria, Bangladesh Film Archive, Information Ministry).

Bangabandhu was a patriot par excellence. Ambassador Tariq Karim said, “I learned how clear and unambiguous Bangabandhu’s directions were to his foreign secretary: on India, we were grateful for all Indian assistance in our struggle for liberation and independence but safeguarding our national interest and sovereign independence came first. We would not sacrifice our national interest an iota. Our actions in those early years, riding the back of his charisma and regional and international stature on seeking permanent but equitable solutions on all cross-border issues inherited from the Pakistan days, whether on sharing of Ganges waters (as a first step towards holistically addressing all other shared water bodies), demarcation of the land boundaries and the delimitation of our maritime boundaries with India and Myanmar with whom we shared the Bay of Bengal, all were initiated in real earnest in those early years. Bangabandhu was confident that he would be able to arrive at an amicable resolution of all these given the personal rapport that he enjoyed with Indira Gandhi. I believe that he would have achieved all that had he not been so brutally assassinated in 1975.” (Tariq Karim, ‘Bangabandhu: The Architect of Bangladesh’s Foreign Policy’, The Daily Star, 07 September 2020)

One can get the feel of Bangabandhu’s passion for a war-free, peaceful world from his maiden UN speech delivered in 1974. He said, “While the legacy of injustice from the past has to be liquidated, we are confronted by challenges of the future… Upon the wisdom of our choice will depend whether we will move towards a world haunted by the fear of destruction, threatened by nuclear war, faced with the aggravation of human suffering on a horrendous scale, and marked by mass starvation, unemployment and the wretchedness of deepening poverty, or we can look forward to a world where human creativity and the great achievements of our age in science and technology will be able to shape a better future, free from the threat of nuclear war and based upon sharing of technology and resources on a global scale so that men everywhere can begin to enjoy the minimal conditions of a decent life.” (Askari, Rashid, ‘Bangabandhu’s Historic UN Speech’, The Daily Sun, 24 September 2020).

That he was a Biswabandhu (friend of the world) and not merely a statesman from Bangladesh was vividly demonstrated in the above speech. He did not forget to talk about the reduced purchasing power of people in developing countries or rising inflation which reduced the ability of many countries to pay their liabilities and the consequential drop in standard of livings. As a lifelong campaigner for peace, he reminded the global leaders that, “It was only by establishing a just economic order in the world that the universal yearnings for peace could be realised.” (Hossain, K, ibid. p. 266). In the similar vein he continued, “Our complete allegiance to peace has emanated from the realisation that only in a peaceful environment, we will be able to enjoy the fruits of our hard-earned national independence and employ all our resources and energy to fight hunger, poverty, disease, illiteracy and unemployment. So, we welcome all those efforts which are aimed at reducing tensions in the world, limiting armament, strengthening peaceful coexistence policies everywhere in the world, including Asia, Africa and Latin America.” (Askari, Rashid, ibid.). He concluded his speech by saying, “Dear President, finally I want to declare our complete faith in the indomitable power of the human being to achieve the impossible and overcome the difficult barriers… Emerging countries like ours should have confidence in their efficiency. It should be kept in mind that only through the united and concerted effort of the people, we would be able to reach our specific goal, can build a better future.” (Askari, R, ibid.).

Earlier in September 1973, Bangabandhu attended the Non-Aligned Summit in Algiers, laying the seeds of global economic justice and cooperation to live up to the aspirations of the newly liberated countries around the world. He said, “The rich countries have been able, through concerted and conscious action, to improve their position, often at the expense of the poor countries... With the worsening terms of trade, stagnation in exports, and food deficits, we are confronted with formidable problems of poverty, hunger, illiteracy, disease, and unemployment. … We have seen in our times how determined people can achieve their goal against what appears to be impossible odds. The intellectual resources of our countries must be pooled together.” (From YouTube, Bangabandhu’s Visit to Algeria, Bangladesh Film Archive, Information Ministry). As Bangabandhu completed his delivery “the entire house burst into thunderous clapping and the Cuban leader, Fidel Castro warmly shook hands with him.” (AKM Atiqur Rahman, ‘Bangabandhu in Algiers Non-alignment Summit’, Daily Sun, 03 September 2020).

The living legend Abdul Gaffar Choudhury accompanied Bangabandhu at this conference. In an interview with me, he was reminiscing on Mujib’s political prudence and said, “There was a burst of exuberance as soon as Bangabandhu entered into the conference venue. Leaders started coming to him to get introduced. The Prime Minister of India, Mrs. Indira Gandhi started introducing him to everyone. We found the Cuban leader, Fidel Castro, to come first among all the world leaders. He cordially embraced Sheikh Mujibur Rahman. He also addressed Bangabandhu as ‘Comrade Mujib’. Within a very short period, a great intimacy developed between these two leaders. In this conference, Castro remarked that ‘I have not seen the Himalayas. But I have seen Sheikh Mujib. In personality and courage, this man is the Himalayas. I have thus had the experience of witnessing the Himalayas’.” Mujib also had the opportunity of clarifying Bangladesh’s position to the Arab leaders, including King Feisal of Saudi Arabia, whose mind was poisoned by negative Pakistani diplomacy against Bangladesh. Simultaneously, he stood firm on his fundamental principle of secularism, about which the King was not quite comfortable. However, Bangabandhu’s ‘Teabag Diplomacy’ including dispatching of teabags and medical supplies to demonstrate his material support to the very first expression of solidarity with Egypt and Syria in launching a war in the Suez Canal in October 1973, is well-recognised. This was augured very well in the Arab diplomatic landscape, and formal ‘recognition by Egypt and Syria was immediate, followed by Kuwait and Jordan.’(Hossain, K, op. cit. p. 189).

Bangabandhu also kept his diplomatic window open to the Chinese government despite its bias towards Pakistan. He invoked his connections with the Chinese leaders whom he had met in his earlier visits in the 1950s. It helped the two countries regain a better understanding in later days. Bangladesh still thrives on the great foundation of the non-aligned foreign policy which Bangabandhu laid so painstakingly.

The author is Bangabandhu Chair Professor, Dhaka University and former Governor, Bangladesh Bank.He can be reached at [email protected]