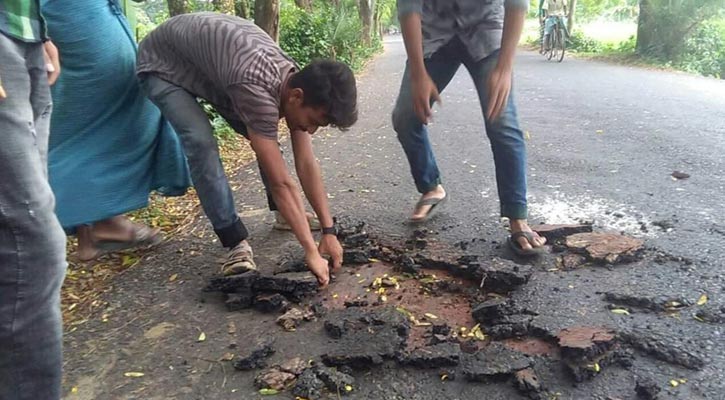 The common people of the country have to bear the burden of state expenditure, including the sufferings of passengers of public transport, he said.

The road safety campaigner thinks that the construction of roads with low-quality bitumen causes such a three-pronged damage.

According to Road Maintenance Management System (RMMS) data, Bangladesh has around 22,419 kilometre roads across the country in different categories. There are around 3980km roads under the national highway, 4897km under the regional highway and 13,541km roads at district level.

Bangladesh is mostly dependent on imported bitumen. The country imports 87 per cent of its total bitumen demand while state-owned Eastern Refinery Ltd (ERL) produces the rest 13 per cent.

Sources at Bangladesh Petroleum Corporation (BPC) said Bangladesh has a demand for around five lakh metric tonnes of bitumen annually.

Of the total demand, ERL supplies 60,000-70,000 metric tonnes and the rest is imported from Middle East countries.

Taking advantage and lack of further test, some importers are bringing low-quality bitumen and selling to customers.