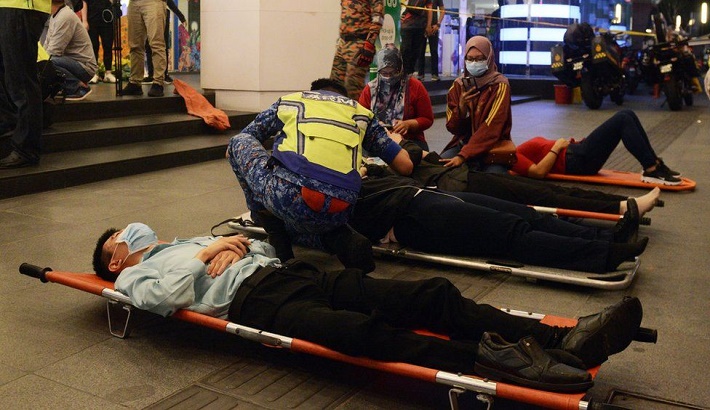 More than 200 people have been injured in a train crash in the Malaysian capital Kuala Lumpur.

A metro train carrying 213 passengers collided with an empty one in a tunnel near the Petronas Towers, at about 20:45 (12:45 GMT), police said.

The empty train had just been repaired, and was going in the opposite direction on the same track as the full one.

Of the 213 injured, 47 people are in a serious condition while the other 166 have sustained minor injuries, he added.