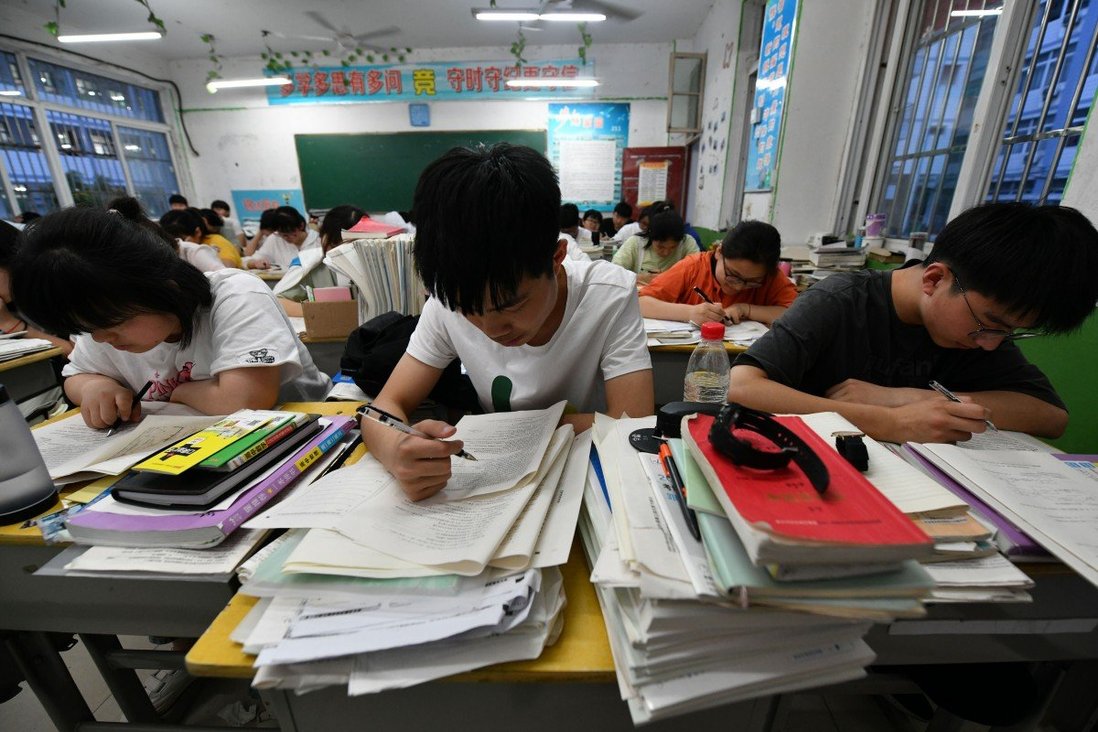 A vlogger claiming to be an alumnus of Affiliated High School of Peking University, a Beijing secondary school that is one of the most prestigious in China, published a video taken during an event in which alumni visit their old school. She recorded herself walking around campus and described a typical day that felt free of the pressures and responsibilities often placed on typical Chinese students.

“We only had three classes per day; ancient Chinese culture, fencing and lab experiments. We eat pizza for lunch and play cards. After school, we get milk tea and watch a play. There’s no homework,” the vlogger said.

The video, posted initially on Douyin, the Chinese version of TikTok, started trending on Weibo on Sunday and was the source of disparagement all of last week.

People were quick to point out that many students in China, especially in parts of the countryside, have to study up to 18 hours per day to fight for a spot in college. Meanwhile, the vlogger could live a stress-free lifestyle and likely land in the same or better university.

“Do we live in the same country?” one comment said. “Your high school life is more interesting than my life in general.”

Another post from a self-described student describing her friend’s experience at Tsinghua International School, a secondary institution named after Beijing’s other elite university, also added fuel to the fire.

In the post, she said her friend had the opportunity to be admitted to Tsinghua University without taking the gaokao, China’s notoriously difficult one-size-fits-all college entrance exam.

One online commenter said: “My knowledge has been renewed, I had no idea the gap between people is this wide.”

In response to criticism caused by the blog, Tsinghua International School and Tsinghua University both denied the claims that students from the high school had an easier route to the university.

“We have never had such a programme with a direct path to Tsinghua [University], nor a special policy for the high school,” said university staff in response to the claims.

But a former student at The Experimental High School Attached to Beijing Normal University, another top institution where children of politicians and elite businesspeople attend, told the South China Morning Post that there is no denying the privilege afforded to the children of elite members of Chinese society. She said her experience was a far cry from that of the general public.

“We had choices over our curriculum; the school could arrange to show art films or musical dramas, and we could take French classes,” she said, choosing not to be named because of the sensitivity of the issue.

Students could launch their own radio shows and newspapers. The school even held periodic markets, encouraging students to trade goods on campus. There were also abundant exchange opportunities with overseas institutions.

She described a remarkably free and tolerant environment in China, which even some colleges do not achieve.

Daching Ruan, a professor of sociology at Hong Kong Baptist University, said the public’s fury stem from a sense of injustice that was decades in the making.

She said that many people in China work hard for years without sniffing the same resources afforded to the children of the rich and powerful. Others believe they have to work extra hard to get to the same level in society that some people are born into.

Last year, a popular term entered the Chinese lexicon: “neijuan”, or involution. It describes a process called “curling inward”, or locking participants in a competition that feels high-stakes but is actually meaningless.

For example, many Chinese parents send their children to extracurricular classes to learn English, chess, dancing or other activities. They push their children to study one extra hour per night than the kid next door so their kid can stay one step ahead of the competition. It results in an entire society becoming needlessly anxious and unnecessarily raising the standard of expectations for children.

Ruan said the reason involution exists is twofold. From a cultural perspective, the public is encouraged to strive harder and move up the social ladder. That pressure is compounded by the reality that there is limited social security for people at the bottom of the economic ladder, meaning the consequences for failure can feel dire.

Ruan said she noticed the anxiety among her students from mainland China. They often view school as a competition and can be consumed by a fear of losing one step to their peers.

“Individuals cannot change this phenomenon. There needs to be structural changes at the root,” she said.