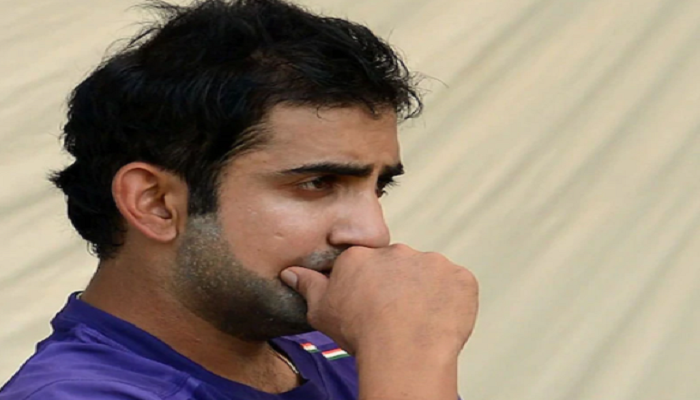 The Delhi High court on Monday directed the drug controller to inquire into the issue of politicians buying COVID-19 drugs in bulk amid shortages and observed that while BJP MP Gautam Gambhir must have been distributing the medicines to the best of his intention, the gesture unintentionally did a disservice.

The high court also directed the Drug Controller of Delhi government to conduct a similar inquiry into the allegations of procuring and hoarding medical oxygen made against AAP MLAs Priti Tomar and Praveen Kumar and file a status report.

A bench of Justices Vipin Sanghi and Jasmeet Singh said the Drug Controller shall examine how it is possible for someone to procure over 2,000 strips of a medicine, Fabiflu here, which is already in shortage and how the chemist was able to entertain such a prescription.

"Mr Gautam Gambhir must have done it with best of intentions. We are not doubting his intentions. He has been a national player of our country. Our question is whether it is a responsible behaviour when you the medicine is in short supply.

"We are not doubting his intentions but the way he has gone about it, he has actually done a disservice, unintentionally may be. This was not the way that you buy from the market so many strips, certainly not," the bench said.

The high court was hearing a PIL seeking lodging of an FIR on the allegations that politicians are able to procure in huge quantity and distribute COVID-19 medicines even as patients were running from pillar to post to get them.

An application was also filed in the pending petition making allegations MLAs Tomar and Kumar.

The bench perused the status report of Delhi Police which said that Gambhir had purchased 2,628 strips of Fabiflu, used for treating COVID-19 patients, on the prescription of Dr Manish of Sanjay Garg Hospital and while 2,343 strips were distributed to patients, remaining 285 strips were deposited with Delhi government''s Director General of Health Services for distribution, in view of court''s earlier order.

"The aspect which needs to be examined is how such a large quantity of Fabiflu was authorized to be purchased in retail as the medicine was in grave short supply at the relevant time. We can take judicial notice of this fact as we have been hearing this matter for a considerable time now.

"It also needs examination as to how these medicines were distributed to several patients or attendants by Dr Manish of Sanjay Garg hospital," the bench said, noting that the payment for the medicines was made through cricketer-turned politician Mr Gambhir's foundation.

The court noted that through the supporting documents have not been filed by the police, the concerned DCP stated they have collected them during the enquiry.

"We would like you (Drug Controller) to tell us what enquiry you have done. Here there is a very clear case made out. Tell us under what provisions action is required to be taken and against whom. All this has to be done by the Drug Controller and not by the Delhi Police, as per the Supreme Court's order," the bench said.

It added once the allegations have come to the knowledge of the Drug Controller, it cannot shut its eyes and asked it to look into Mr Gambhir's incident.

It said since the violation falls in the realm of drug controller, let the material collected be placed before the Drug Controller of Delhi which shall undertake the necessary enquiry and file a status report.

Noting the submissions of the counsel for the Drug Controller, the bench said it appeared the Drug Controller is presently not well versed with its statutory powers in relation to enquiry or investigation or prosecution of cases and directed the Law Department of Delhi government to ensure that necessary expertise is provided and listed the matter for further hearing on May 31.

Regarding other allegations raised by petitioner''s counsel, the bench said they are unsubstantiated and it would not go into it otherwise it would amount to witch hunting.

The court had earlier said political leaders have no business to hoard stocks of COVID-19 medicines that are already in shortage and they are expected to surrender these drugs.

It had also expressed dissatisfaction over a "vague and whitewashed enquiry" report filed by the Delhi Police over the allegations against politicians hoarding and distributing medicines in the national capital.

Petitioner Deepak Singh, the chairperson of Hruduya Foundation and a national level shooter, has questioned how politicians are able to procure large stocks of the medicine without having the requisite permission under the Drugs and Cosmetics Act, when the normal public was not getting it.

Advocate Virag Gupta, representing Mr Singh, said strict action be taken against the politicians, who were allegedly indulging in black marketing, as they cannot procure it in the absence of a licence.

He claimed that photographs clearly show Mr Gambhir was himself distributing medicines to people outside his office and not the doctor.

Mr Gambhir was neither a doctor nor a chemist or an authorized person to distribute medicines to patients, Mr Gupta said.