India in greater need for COVID-19 vaccines to save lives, will not exert pressure for supply of doses: Bhutan 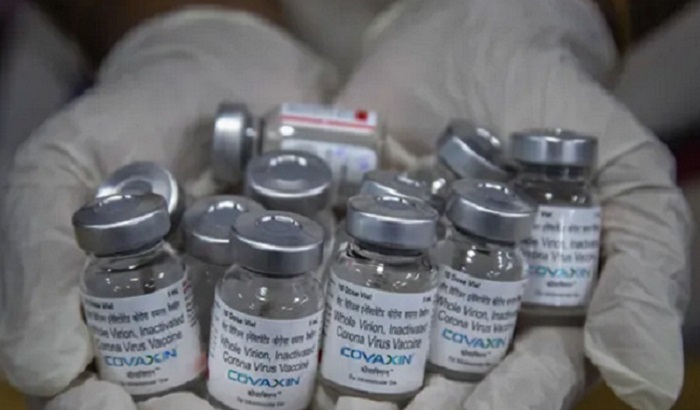 New Delhi: In view of the deadly second wave and surge of COVID-19 cases in India, neighboring Bhutan has said it is not going to pressurize New Delhi for the supply of vaccines as it is in greater need.

According to Bhutanese media, Prime Minister Lotay Tshering, in a televised address, spoke on vaccine supplies from India.

"India has assured support (in the past). India is a reliable friend and will give the second dose if asked but given India's greater need to save lives, Bhutan should not pressure it," he said.

"Bhutan will be approaching other countries for the second dose of AstraZeneca," he added.

India has already supplied around 5.5 lakh vaccine doses to Bhutan in two batches and, according to reports, 80 per cent of adults in the Himalayan country are vaccinated with the first dose.

India is grappling with an acute vaccine shortage and is struggling to speed up the world's largest vaccination drive. According to the plan, Bhutan wanted to fully vaccinate the entire country by the end of June. However, vaccine crunch in India may delay Bhutan's plan for 100 per cent immunization.

The sudden surge in COVID-19 cases in India in the second wave of the pandemic has also made it more incumbent on the government to vaccinate a large number of Indians. New Delhi has always maintained that 'Vaccine Maitri' through which India is exporting vaccines is purely dependent on the dynamics of India's demand and supply situation.

India, on its part, is making all-out efforts to procure vaccines from abroad and also ramp up production. India is also working to tie up with international vaccine makers for producing vaccines in India. Supplies of Russian vaccine Sputnik have already arrived in India.

Earlier this month, Bhutanese Foreign Minister Tandi Dorji said the Indian government had assured Bhutan that it would provide the half-million AstraZeneca vaccines, known as Covishield in India, required for the second dose to achieve full immunization.