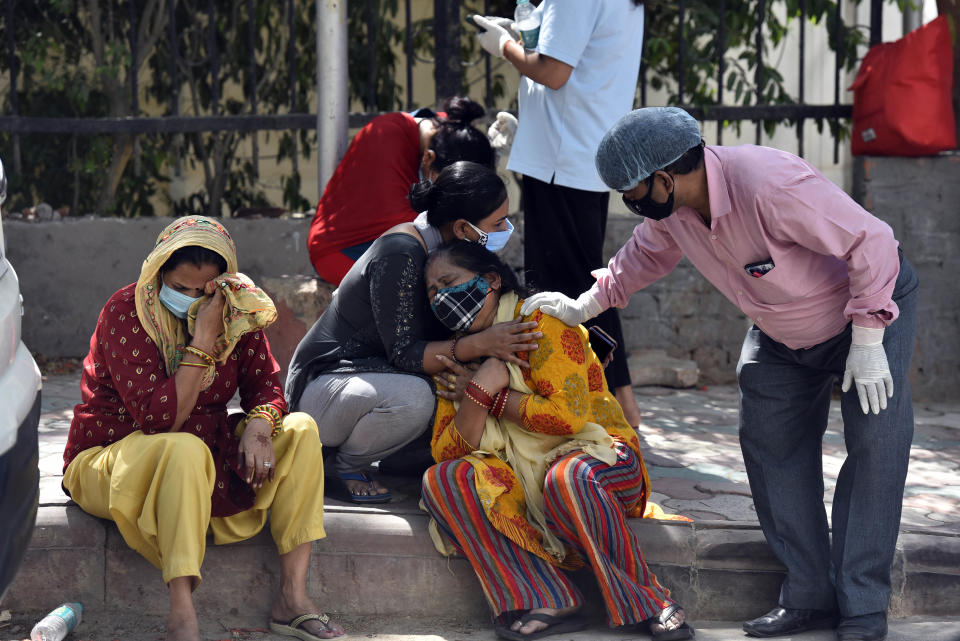 As the world continues to  grapple with Covid-19 infections, over 167 million people have been found infected with the  deadly virus until Monday.

India crossed another grim milestone on Monday of more than 300,000 people lost to the coronavirus as a devastating surge of new infections that exploded with fury has shown signs of easing, reports AP.

The milestone, as recorded by India’s health ministry, comes as slowed vaccine deliveries have marred the country’s fight against the pandemic, forcing many to miss their shots, and a rare but fatal fungal infection affecting COVID-19 patients has worried doctors.

India’s death toll is the third-highest reported in the world, accounting for 8.6% of the nearly 34.7 million coronavirus fatalities globally, though the true numbers are thought to be significantly greater.

Brazil reported on Sunday 860 more deaths from COVID-19, raising the national count to 449,068, the Ministry of Health said.