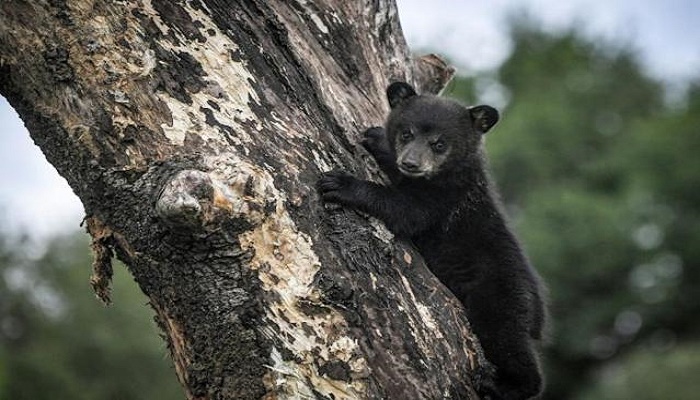 A black bear cub caused havoc for several hours Sunday in a Montreal neighborhood, requiring three doses of tranquilizer before authorities could finally capture it.

Alerted to the cub’s presence in the early afternoon, police cordoned off several streets in Dorval, a municipality to the west of Montreal’s airport, according to police spokesperson Raphael Bergeron.

Residents were asked to stay indoors while dozens of police officers, firefighters, wildlife ministry agents and volunteers from Sauvetage Animal Rescue searched for the bear.

The cub, only several months old, was initially trapped in a residential yard before climbing a tree, according to Bergeron.

Game wardens used rifles to administer “three doses of sedative, but the bear remained alert and climbed down the tree before fleeing into another yard,” Animal Rescue said in a Facebook post.

The cub finally climbed another tree, where it dozed off. Firefighters put airbags on the ground in case it fell.

“We managed to catch him with a pole and lower him to the bottom of the tree, where he could be secured,” Animal Rescue said.

The cub will be released “in an environment that will be more suitable for him.”

According to Bergeron, the presence of a bear so close to Montreal, especially in an urban area near an airport, is “very rare.”