14 dead after accident as cable car fall in Italy 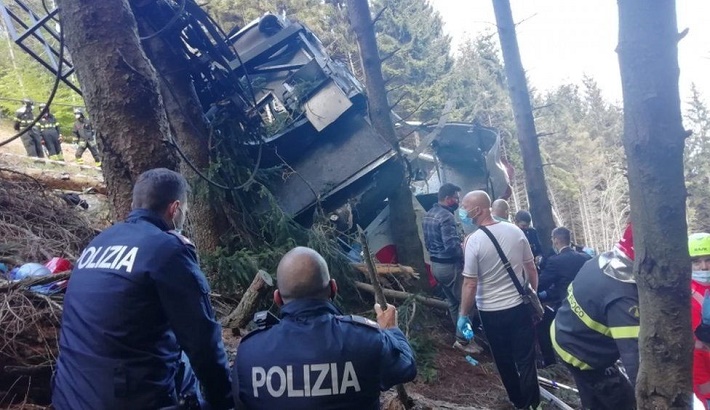 Fourteen people, including at least one child, have been killed and another child is seriously injured after a cable car fell on a mountain near Lake Maggiore in northern Italy on Sunday.

The accident happened on a service transporting passengers from the resort town of Stresa up the nearby Mottarone mountain in the region of Piedmont.

Images from the scene show the wreckage lying in a steep wooded area.

Most of the victims died at the crash site, with the death toll steadily rising on Sunday afternoon as the wreckage was searched.

Officials said two survivors, children aged about five and nine, were airlifted to a hospital in Turin but the older child later died.

The younger child - who is also an Israeli national - underwent surgery and is in a critical condition.