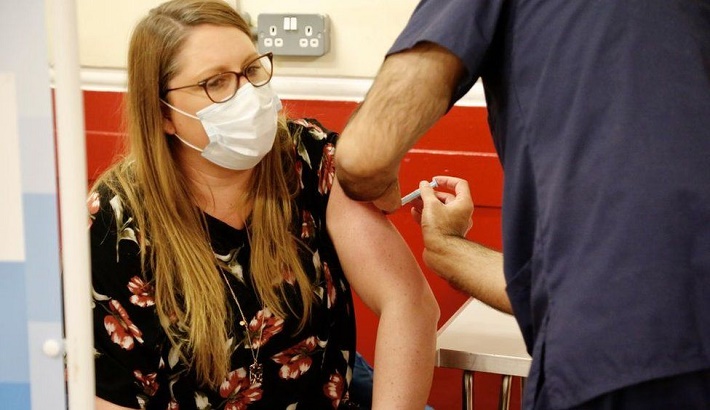 More than 60 million coronavirus vaccine doses have been given in the UK, the health secretary has announced.

There were 762,361 first or second jabs on Saturday, the second highest daily total of the rollout, and more than 22 million people have now had both doses.

It comes as a study found the Pfizer and AstraZeneca vaccines are highly effective after two doses against the variant identified in India.

The UK Health Security Agency's head urged people to get their second dose.

The latest government data shows 556,951 UK adults received a second jab on Saturday, meaning that 43% of the adult population - 22,643,417 people - have now been fully vaccinated.