Money laundering in the name of bitumen import! 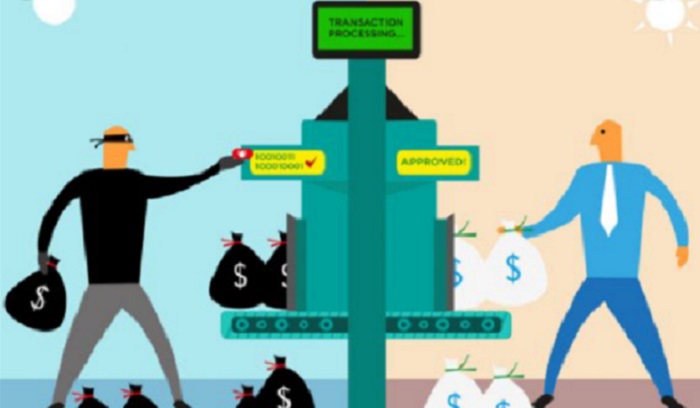 A huge volume of money is being laundered through over-invoicing in the name of bitumen import.

According to the National Board of Revenue (NBR), 42 companies imported some 19,661 tonnes of bitumen in the first nine months of the current fiscal.

The value of this imported bitumen was documented at Tk 1,110 crore brought under 346 consignments.

Bitumen experts said that imported bitumen is entering the country without any quality testing by BSTI, BUET and BPC. Following the fact, roads get damaged way sooner than the expected time. Though the importers declare to import 60/70 grade bitumen they are not doing so.

International market data suggest that the price of 80-100 grade bitumen fluctuates between $150 and $180 per tonne. Calculating the average value of imported bitumen at an average of $160 or Tk 13,600 per tonne, the total monthly import value stands at Tk 435 crore. But in nine months, the importers have sent abroad around Tk 1,522 crore.

According to NBR data, the price (per tonne) of unloaded imported bitumen has been shown as $560 or Tk 47,600. It means an additional Tk 34,000 was sent abroad against the import of per tonne of bitumen. This way, money is being laundered to foreign countries.

According to Chattogram Customs, every year importers import around 20,000 tonnes of bitumen. It is estimated that around Tk 1,428 crore is laundered every year in the name of bitumen import.

Bangladesh Financial Intelligence Unit (BFIU) chief and former Bangladesh Bank deputy governor Abu Hena Mohammad Razee Hassan said they have the authority to check the facts if importers are involved in money laundering. As the issue yet to come to the fore, they will look into the matter.

Sector insiders said although the price varies in grade, the duty of all bitumen is the same. Taking advantage of this opportunity, low-quality bitumen is brought at low prices in the name of high-quality bitumen. Money is also sent abroad at a higher rate.

Bangladesh Petroleum Corporation (BPC) is producing only 60,000---70,000 tonnes of bitumen against the country’s demand for 5.5 lakh tonnes per year. A strong syndicate of importers has been exploiting this opportunity to make hefty profits.

The organized circle is also ignoring the government’s directive to use locally produced bitumen to keep the money laundering strategy alive. As a result, the use of imported degraded and adulterated bitumen has not decreased at all.

Officials at Eastern Refinery said most of the imported bitumen is in the 80-100 grade. LCs are often opened to bring adulterated kerosene-mixed tar in the name of bitumen. The importers are also smuggling the money abroad by showing improved grades.

A director of BPC said on condition of anonymity that adulterated bitumen is being unloaded from the port without any approval from BSTI, BUET and BPC. As a result, the dishonest syndicate is getting through very easily.

Ahsan H Mansur, executive director of Policy Research Institute of Bangladesh (PRIB) and chairman of BRAC Bank, said money is being smuggled through over-invoicing under the guise of bitumen imports.

In the context of low-quality bitumen, the economist said, “When I buy at a lower price, I will definitely get lower quality things. This is very normal. The quality of bitumen used in rural roads is very poor. Within a year, these roads collapse.”

He said that bitumen used in our country is not used in any other country in the world. So, the minimum quality of bitumen should be ensured.

“We always suggest the banks to look at the value of what and when they are opening a LC and at the same time check the information of the relevant products in the world market,” he said.

“In this process, the difference between the actual and the additional price is laundered to abroad,” he said.

Urging the authorities concerned to increase vigilance on the import of low-quality bitumen to prevent money laundering, he said the Financial Intelligence Unit of Bangladesh Bank has to identify the offenders by verifying the price and quality of the declared products in the world market along with bringing them to book.

“Otherwise money laundering through this way will not be stopped,” he further added.

Concerned officials also said road repairing cost has increased by four times in last one decade due to use of low-graded bitumen.

Despite the government’s efforts to prevent the use of adulterate bitumen, the use of low-quality bitumen continues unabated.