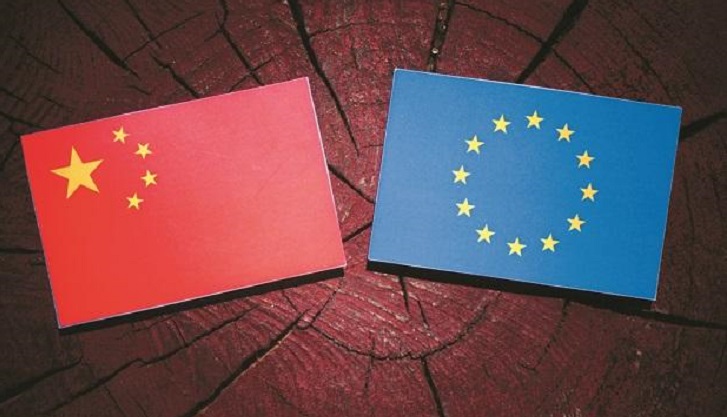 China has said EU states "disregarded facts" on the human rights issue in Xinjiang after the European Parliament froze the legislative process for ratifying the investment pact with Beijing, in response to sanctions against EU lawmakers.

On Thursday, the EU legislators adopted the resolution on the Chinese sanctions, dealing a major blow to the major economic pact, officially known as the Comprehensive Agreement on Investment (CAI).

Chinese Foreign Ministry spokesperson Zhao Lijian on Friday defended the sanctions against the EU members, saying that it was a "legitimate reaction" to the EU's moves of imposing sanctions on Beijing.

"China's decision to sanction relevant EU entities and individuals who maliciously spread Xinjiang-related lies and disinformation and severely harmed China's sovereignty and interests are out of the need to safeguard its own interests," the spokesperson said.

"The EU's unjustified sanctions strain China-EU relations. This is what China is unwilling to see, and what China should not be blamed for. It is hoped that the EU side will make serious reflections," he added.

According to the motion that was passed with an overwhelming majority, "any consideration of the EU-China Comprehensive Agreement on Investment, as well as any discussion on ratification by the European Parliament, has justifiably been frozen because the Chinese sanctions are in place."

The motion also demands that "China lift the sanctions before dealing with CAI, without prejudice to the final outcome of the CAI ratification process." It also says that MEPs expect the European Commission "to consult with Parliament before taking any steps towards the conclusion and signature of the CAI."

The sanctions imposed by the EU on China in March marked the EU's first punitive measures on Beijing since it imposed an arms embargo after the 1989 Tiananmen Square massacre.

In retaliation to the bloc's sanctions, China introduced sanctions against 10 European Union officials and four European organizations after accusing them of spreading lies and false information about the Xinjiang region.

Since the signing of the deal by Chinese Premier Xi Jinping, there is growing concern in Europe over China's human rights record on issues, including alleged forced labour camps and a crackdown in Hong Kong against anti-government protestors.