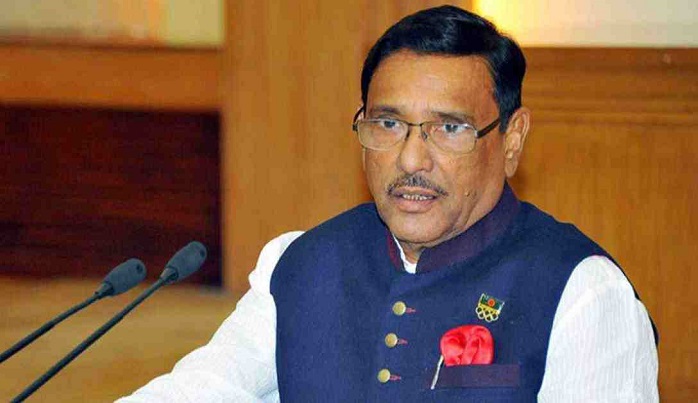 Quader made the remarks during a virtual press briefing from his official residence.

"Journalist Rozina Islam's bail proves that court is completely independent and the government has not interfered in the issue," he said.

Earlier in the day, a Dhaka court granted interim bail to Rozina until July 15 in a case filed under the Official Secrets Act and The Penal Code by the Health Ministry.

Dhaka Chief Metropolitan Magistrate Baki Billah granted the bail on a bond of Tk 5,000 and on condition she submits her passport before the court.

The case against Rozina was filed on May 17 accusing her of taking photographs of documents related to government negotiations with pharma firms to buy Covid-19 vaccines.

She was arrested and then sent to Kashimpur jail pending hearing on her bail petition.

Referring to Covid-19 restrictions on movement Quader said that all public transports, including the inter-district ones, can now operate at half the capacity maintaining health guidelines.

They will charge new fare rate, he said.