Delhi may announce phase-wise withdrawal of lockdown from June 1 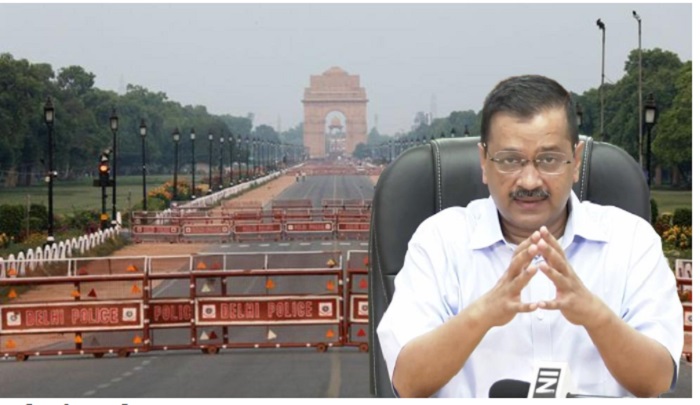 The lockdown in Delhi has been extended by another week. If the daily Covid number continues to drop, the process of unlocking will be initiated, Delhi Chief Minister Arvind Kejriwal said Sunday.

For now, the lockdown will be in place till 5 am on May 31, and the unlock process will also be slow, added Mr Kejriwal, underscoring the need for caution as the city struggles to bring down the positivity rate.

"We didn't know how long this wave would have lasted. But within a month, the people of Delhi cooperated. Delhi has fought the virus like a family. Even when there was an oxygen emergency, now there is an acute vaccine shortage. But I believe we will find a solution to this too," he said.

The lockdown was declared last month as the Covid cases started an upward trend and reached numbers that healthcare system crippled and cost thousands of lives.

The shortage of oxygen, beds and drugs which had families of patients ran from pillar to post and images of crematoriums overflowing into footpaths and car parks made headline across the world.

"Now the wave is weakening visibly. We haven't won yet but we may be taking control of the wave. In 24 hours, the positivity rate is below 2.5 per cent. At one point we were reported 28,000 cases daily (the positivity rate was around 35 per cent). Now in 24 hours we have reported 1,600 cases," said Kejriwal.

On Saturday, Delhi's positivity rate had dropped to 3.58 per cent-- the lowest since April 1. The national capital logged 2,260 new Covid cases, and fatalities 182, also saw a major drop. Saturday was also the fourth consecutive day the city logged less than 4,000 daily cases. On Friday, Delhi recorded 3,009 cases and 252 deaths, with a positivity rate of less than 4.76 per cent.

"Right now, our priority is to ensure vaccination for people in the shortest possible time," the Chief Minister said.

"We have made all arrangements in Delhi so that within three months, everyone should get vaccinated, but there is lack of vaccines," he said, adding that if everyone can be vaccinated in time, "we may escape the third wave of Covid".

The Delhi government, he said, is trying everywhere to get the maximum number of vaccine doses -- from the central government and also from foreign companies.

If anyone is giving the vaccine, "we are ready to buy it for the people of Delhi at any cost," he added.

He said the city is making preparations to deal with a possible third wave, which, experts said, may target children. Earlier this week, the Delhi government said it would form a task force of pediatricians and senior civil service officers. Another committee will be formed to look into the logistics -- availability of medicines, oxygen and beds in the national capital, the Delhi government said in a statement.