No change in Bangladesh's position over Israel: FM 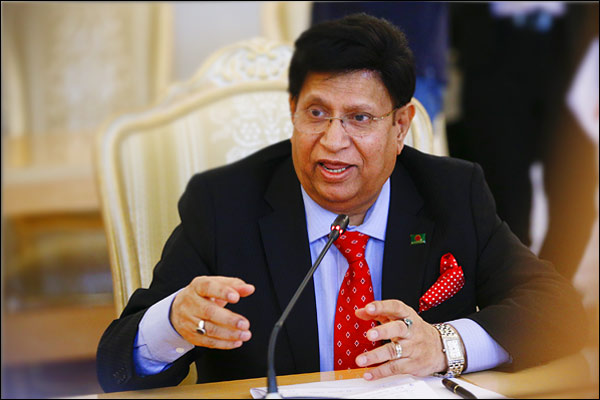 Foreign Minister Dr AK Abdul Momen on Sunday said there has been no change in Bangladesh's position towards Israel as it still does not recognise the country.

He said removing the words like valid for travelling except Israel in the new passport does not mean that there has been a change in Bangladesh’s position.

Dr Momen made the remarks when his comment was sought on media reports in this regard.

The Foreign Minister said the Home Ministry saw many passports of other countries around six months ago when new passports were ordered for Bangladesh.

Dr Momen said no passport in the world contains such words which is true.  "The changes have been made to maintain the global standards," he added.

Passport is a national identity and it does not reflect foreign policy, said the Foreign Minister.

"Great news! Bangladesh has removed travel ban to Israel. This is a welcome step and I call on the Bangladeshi government to move forward and establish diplomatic ties with Israel so both our peoples could benefit and prosper," he tweeted.

Bangladesh has ruled out it keeping its position unchanged.