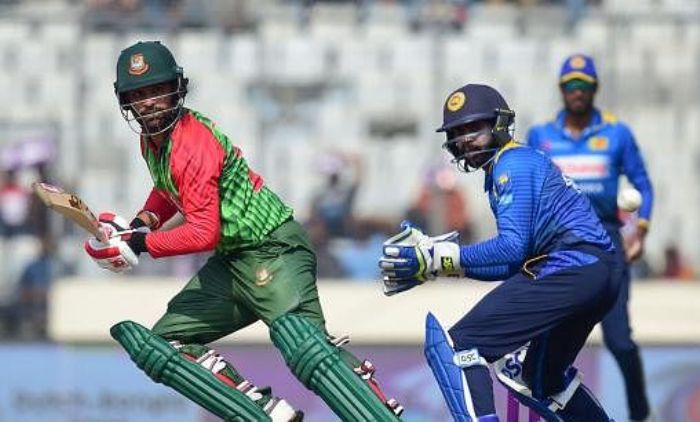 Bangladesh opted to bat first while Captain Tamim Iqbal won the toss in the opening game of the three-match one-day Internationals against Sri Lanka on Sunday.

The hosts are bolstered with the return of all-rounder Shakib Al Hasan who missed the side’s limited over series in New Zealand and a two-match Test series in Sri Lanka.

Alongside him, fast bowler Mustafizur Rahman was also back in the side after missing the test series in Sri Lanka.

Sri Lanka came to the series with a relatively young side with Kusal Perera handing the captaincy role. Sri Lanka has an impasse with the board over the central contract issues but Perera made it clear they won’t let the deadlock affect their performance as they are keen to win this series.

The series is important for both of the teams with the 2023 World Cup qualification in mind.

It is particularly important for Sri Lanka who was swept 3-0 in their only series of ICC ODI Super League against West Indies.

Bangladesh is in sixth position with 30 points, after beating West Indies at home by 3-0 and losing the away series against New Zealand by the same margin.