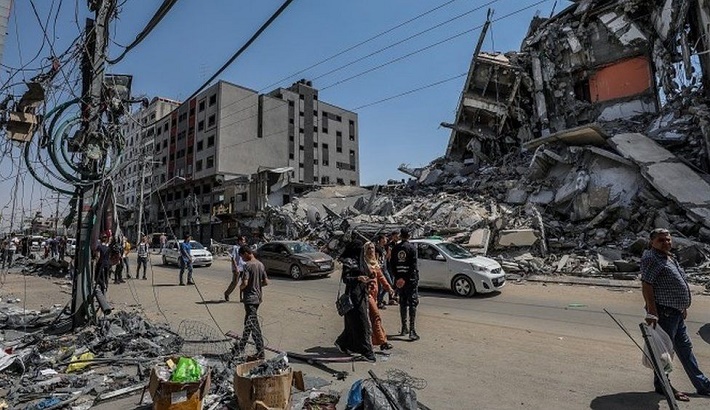 As Gaza and Israel emerge from 11 days of conflict, mediators are seeking to cement the truce and prevent more violence in the longer term.

An Egyptian team was in Israel on Saturday while the US Secretary of State Antony Blinken could visit the region next week.

Both Israel and the Palestinian militant group Hamas have claimed victory in the latest conflict.

More than 250 people were killed, most of them in Gaza.

The fighting began on 10 May after weeks of rising tension that culminated in clashes at al-Aqsa, a holy site revered by both Muslims and Jews, in occupied East Jerusalem. Hamas began firing rockets after warning Israel to withdraw from the site, triggering retaliatory air strikes.

The truce held throughout its second day on Saturday. Its terms are unclear. Israel simply said it had agreed to a "mutual and unconditional" cessation of hostilities.

Egypt, Qatar, the US and UN appear to have been involved.

On Saturday, the UN Security Council issued its first statement on the conflict, praising the mediators and calling for a "full adherence to the ceasefire".