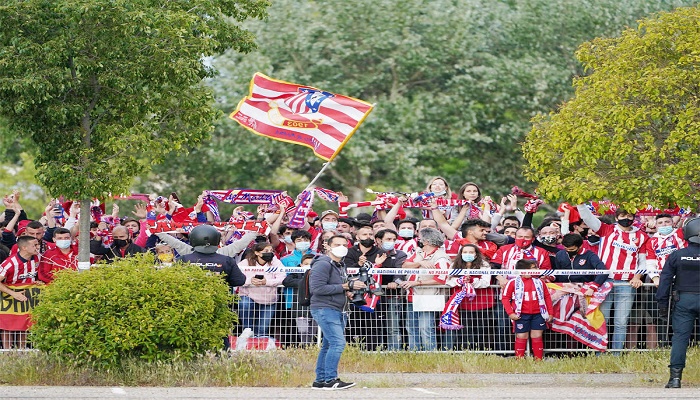 The incident happened as the teenager was in a van with friends.

He is believed to have suffered a brain injury after hitting his head against the wall of an underground car park.

Emergency services workers attempted to resuscitate the teenager for an hour.

At the time of the accident, more than 2,000 Atletico supporters were celebrating their side’s 11th league title win around Neptune Fountain.

Atletico have traditionally celebrated victories in the monument but authorities had banned all public gatherings due to Covid-19 restrictions.

“It’s a little strange for a celebration… We’ve not been able to celebrate like usual, in the stadium, surrounded by all the fans,” 22-year-old Atleti fan Pablo Diaz told AFP.

“We will celebrate it with a bit of worry, by paying attention, with the mask on,” he added.

The club have organised a parade at 1800 local time (1600GMT) on Sunday in line with coronavirus regulations.