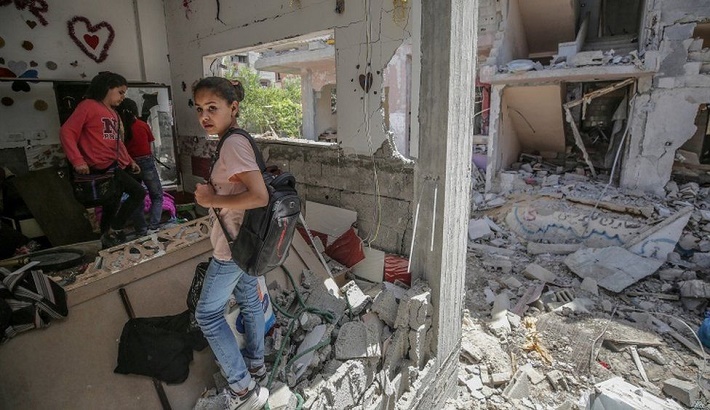 The first convoys of humanitarian aid have arrived in Gaza, hours after a ceasefire between Israel and Palestinian militants came into effect.

Thousands of Palestinians returned home to scenes of devastation with officials saying reconstruction might take years.

The World Health Organization (WHO) called for the creation of corridors for injured people to be evacuated.

More than 250 people were killed in the 11-day conflict, most of them in Gaza. Both Israel and Hamas claimed victory.

Trucks from various aid agencies, including those affiliated with the United Nations, started bringing much-needed medicine, food and fuel into Gaza, after Israel reopened the Kerem Shalom crossing.

More than 100,000 people had to flee their homes in the territory, which is controlled by the militant group Hamas, and nearly 800,000 people did not have access to piped water, the UN children's agency Unicef said.

Palestinian officials say tens of millions of dollars will be needed to rebuild the already impoverished enclave that is also suffering with Covid-19.

The fighting between Israel and Palestinian militants in Gaza began on 10 May after weeks of rising Israeli-Palestinian tension that culminated in clashes at al-Aqsa, a holy site revered by both Muslims and Jews, in occupied East Jerusalem.