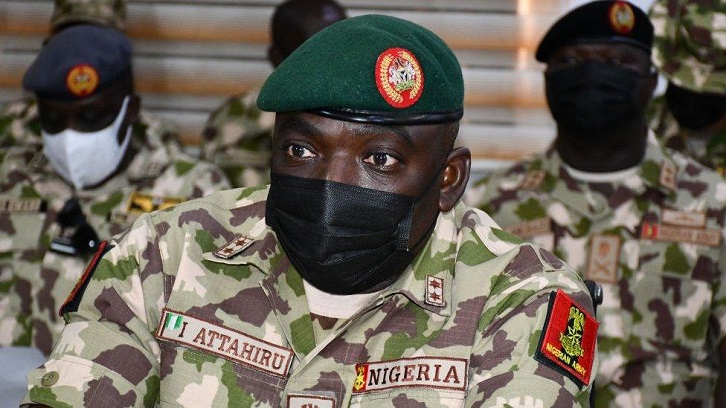 All 11 Nigerian military officers, including Chief of Army Staff Ibrahim Attahiru, aboard an air force plane died in a crash in the country's northwestern state of Kaduna on Friday evening, said a spokesman for the army.

Attahiru and the 10 other officers were en route to the city of Kaduna from Abuja when their plane crashed near an international airport in Kaduna, said Mohammed Yerima, the spokesman for the army, in a statement late on Friday.

Some military sources told Xinhua that the deceased army chief, who was appointed the Chief of Army Staff on Jan. 26, was on an official trip to Kaduna when the incident occurred.

The immediate cause of the crash is yet to be ascertained, said Edward Gabkwet, the spokesperson for the air force, in a separate statement on Friday. Also, the identities of the other officers aboard the aircraft are yet to be revealed.

Nigerian President Muhammadu Buhari expressed shock at the incident, saying he was "deeply saddened over the air crash."

"The crash is one mortal blow to our underbelly, at a time our armed forces are poised to end the security challenges facing the country," Buhari said in a statement on Friday, describing the deceased as "heroes who paid the ultimate price for peace and security in the land."

The Nigerian leader further pledged that "the departed would not die in vain."