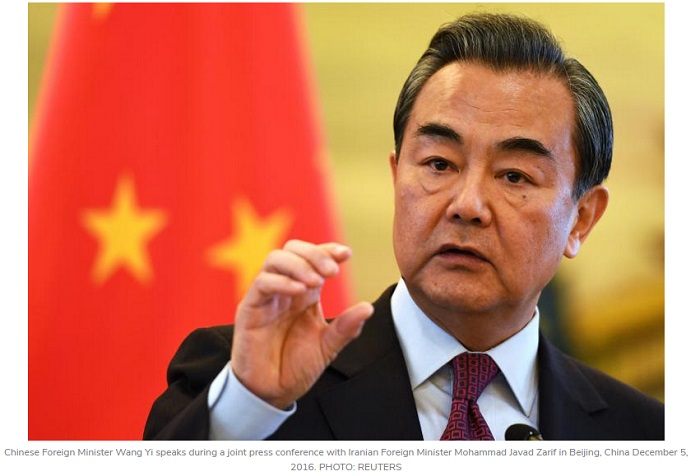 China has expressed hope that Afghanistan's future leadership will pursue a “moderate Muslim policy” and a foreign policy of peace to maintain friendly ties with neighbouring countries and firmly combat all forms of terrorism.

Chinese State Councillor and Foreign Minister Wang Yi expressed these views in a telephonic conversation with his Afghan counterpart Mohammad Haneef Atmar, according to an official statement issued on Monday.

China will continue to play a constructive role in advancing the peace and reconciliation process in Afghanistan, he reiterated.

Wang Yi said that the China-Afghanistan strategic cooperative partnership has maintained a momentum of development, the Belt and Road cooperation has made continuous progress, and traditional friendship between the two countries has also been enhanced in the joint fight against Covid-19 pandemic.

“China appreciates Afghanistan's firm support for China to safeguard its core interests, and will as always speak up for the independence, sovereignty and dignity of Afghanistan.”

Wang Yi said that China will continue to support the Afghan government in playing a leading role in the country's peace and reconciliation process, and call on all parties to support and implement relevant United Nations Security Council resolutions to promote a smooth transition of the situation in Afghanistan, to avoid in particular a resurgence of terrorist forces.

The international community and regional countries should uphold justice and fairness and help the Afghan people maintain and consolidate the fruits of peace and reconstruction in the country, the Chinese FM said adding that Beijing supports all parties in Afghanistan to continue to push forward negotiations among the Afghan people themselves and establish a broad and inclusive political framework for the future based on the principles of political settlement, putting peace first and advancing step by step.

In this process, he said, all parties should maintain patience and goodwill, strive to stop violence and ceasefire, and create a favourable environment for peace talks.

Afghan Foreign Minister Atmar said that Afghanistan is firmly committed to strengthening its relations with China, and hopes to conduct strategic dialogue and communication with China on deepening bilateral pragmatic and counter-terrorism cooperation as well as advancing regional cooperation.

The Afghan side thanks China for its strong support for the country's fight against the pandemic as well as for its humanitarian and development assistance to Afghanistan, and hopes to work with China to implement the outcomes of the video conference of foreign ministers of China, Afghanistan, Bangladesh Nepal, Pakistan and Sri Lanka on Covid-19, read the communiqué.

The Afghan side highly appreciates China's continuous positive role in supporting the peace and reconciliation process in Afghanistan, and is willing to cooperate closely with China in bilateral and multilateral coordination to safeguard peace and stability in Afghanistan and the region, it added.