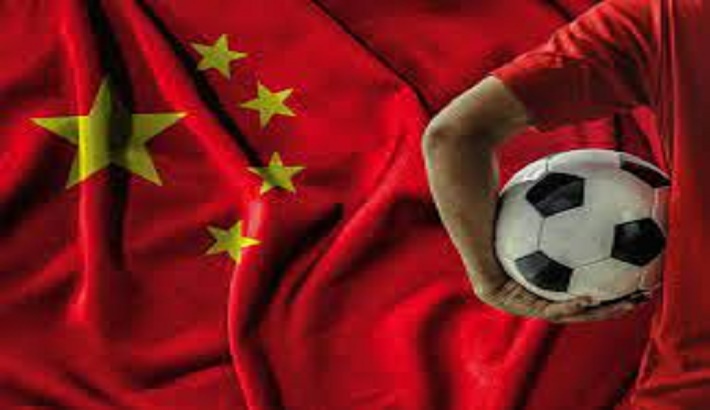 China's football team warmed up for crucial World Cup qualifiers by receiving "patriotic education" and learning about the history of the ruling Communist Party.

President Xi Jinping has grand ambitions for China to host and even win a World Cup, but the national side is currently ranked 77th and struggling to make the next edition, in 2022 in Qatar.

China return to their stuttering qualifying campaign with four matches on home soil, starting with minnows Guam on May 30 and culminating with a clash against group leaders Syria on June 15.

With China due to mark the 100th anniversary of the Communist Party's founding in July, the squad took time out from training under coach Li Tie to visit the site in Shanghai where the party held its founding meeting in 1921.

"In the view of the Chinese Football Association and coaching staff, it is crucial for the players to strengthen their sense of mission, responsibility and honor by receiving patriotic ideological education before participating in major competitions," said the Beijing Youth Daily newspaper, noting that "patriotic education delivers positive energy."

China's five naturalized players in the squad - three from Brazil and two from England - also visited the museum.

China are eight points behind Syria, with only the group winners guaranteed to reach the next stage of qualifying.

CFA president Chen Xuyuan said that the team needs to reach the next stage to convince people about the country's wider ambitions.

"But if we get eliminated at this stage, the others will think we must be slipping instead of improving."