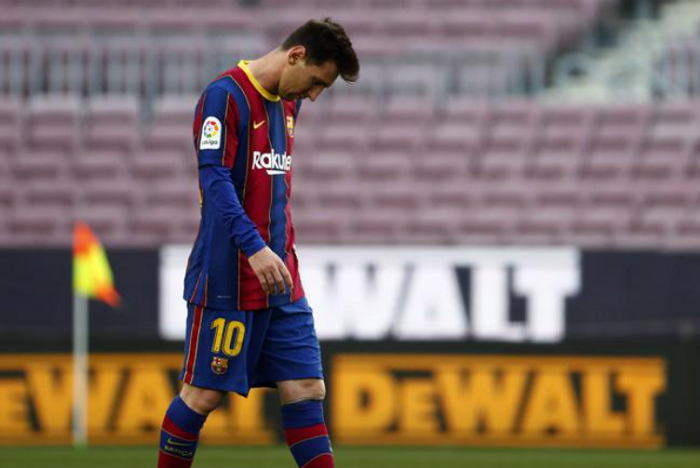 Lionel Messi might have played his final game for Barcelona.

The Argentina star has been given permission to skip the team’s final game of the Spanish league season — at Eibar on Saturday — so he can have extra rest ahead of the Copa América, Barcelona said Friday.

Messi didn’t train on Friday. Barcelona is out of contention for the league title.

His contract expires at the end of this season, and he hasn’t given an indication he will sign a new one.

The 33-year-old Messi has been with Barcelona for his whole career, but he tried to leave following the 2019-20 season, saying he wasn’t happy with the direction the club was taking.

The Copa América starts June 13, when Argentina takes on Chile.

Barcelona is third in the Spanish league, seven points behind leader Atletico Madrid and five behind Real Madrid. The team could get overtaken by fourth-place Sevilla, which is two points back ahead of a home match against Alaves. Last-place Eibar has already been relegated.