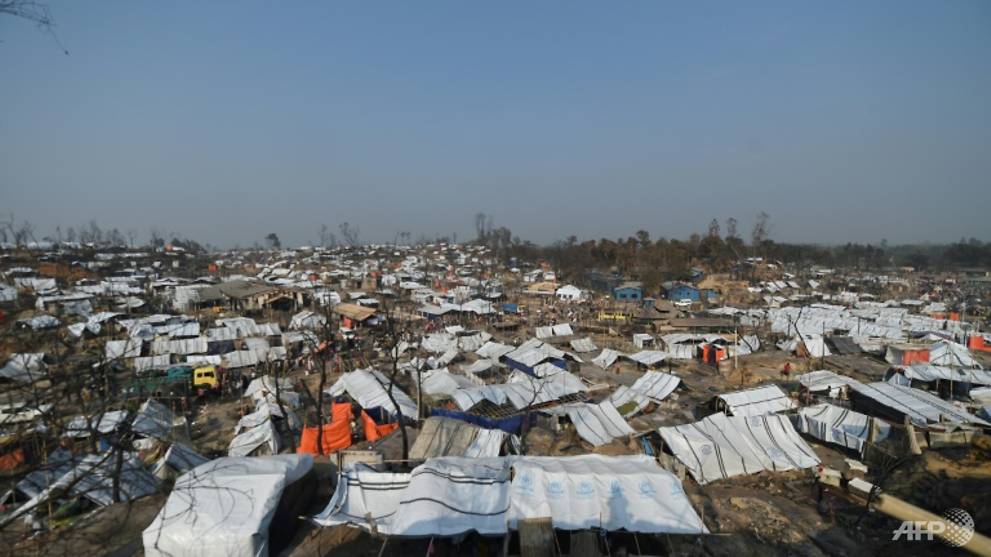 Amid a huge surge in Covid-19 cases in the region, a 10-day complete lockdown has been imposed in Teknaf upazila while week-long similar restrictions have been announced in five Rohingya camps of Ukhiya-Teknaf.

"Cox’s Bazar District Corona Prevention Committee has decided to impose the lockdown from May 21 to 30 in the wake of a rise in the number of infections in the region," Md Parvez Chowdhury, Upazila Nirbahi Officer of Teknaf, said on Friday.

Meanwhile, a strict lockdown has been imposed in Ukhiya camps -- 2,3,4 and 15 -- and Teknaf camp number 24 for a week from May 21, said additional refugee relief and repatriation commissioner Md Shamshuddouza.

All activities in these camps have been suspended from Friday, except emergency services like medicine and food supplies, officials said.

According to the health department in Cox’s Bazar, 823 Rohingyas have been infected with the virus to date and 12 have died.

Bangladesh is currently hosting over 1.1 million Rohingyas across 34 camps in Cox’s Bazar and Bhasan Char. Most of them have arrived in this country since August 25, 2017, when the Myanmar military launched a brutal offensive targeting the mainly-Muslim ethnic minority.