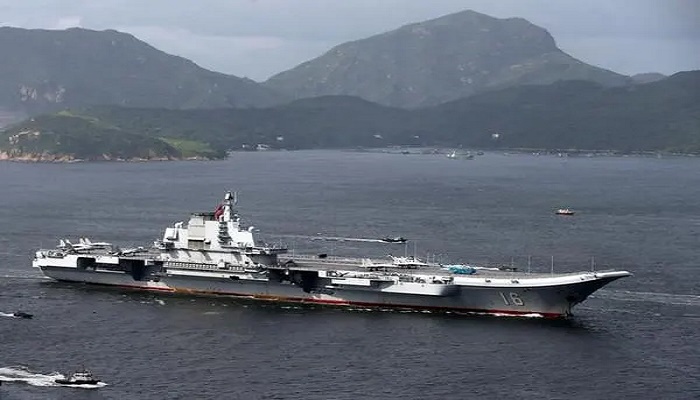 China's fleet of government-subsidised ships strayed into more distant waters in search of seafood and more influence has become a common point of concern for Hawaii's commercial fishermen and the US military.

According to Civil Beat, local longliners have reported seeing growing numbers of Chinese vessels near their islands, accusing them of overfishing and intimidating tactics.

"What are they fishing for? I don't know... But it's an example of them being close to Hawaii and, we believe, getting closer," said Eric Kingma, executive director of the Hawaii Longline Association.

On the other hand, the US Coast Guard in September 2020 asserted that illegal fishing had eclipsed piracy as the most pressing security threat on the high seas.

In December, the Navy, Marine Corps and the Coast Guard warned that China "deploys a multilayered fleet" that includes "naval auxiliaries disguised as civilian vessels" that it has deployed against neighbouring countries like Vietnam and the Philippines.

Experts monitoring China's increasing assertiveness have said that Beijing could be using the same practices to further extend its influence into the Pacific, writes Kevin Knodell for Civil Beat.

Alex Gray, a former member of the White House National Security Council and current fellow at the American Foreign Policy Center, said that Chinese vessels have been straying into US territorial waters, including Hawaii's.

Civil Beat reported that Beijing has been willing to foot the bill for Chinese fishing companies in part because fisheries along China's coastal regions have been depleted due to heavy demand for seafood in the country. China remains particularly vulnerable to food shortages as it tries to feed 1.4 billion people.

Chinese fishing vessels have seemingly scouted for the Chinese Navy and staked out disputed territory in the South China Sea, sometimes clashing with vessels from neighbouring countries.