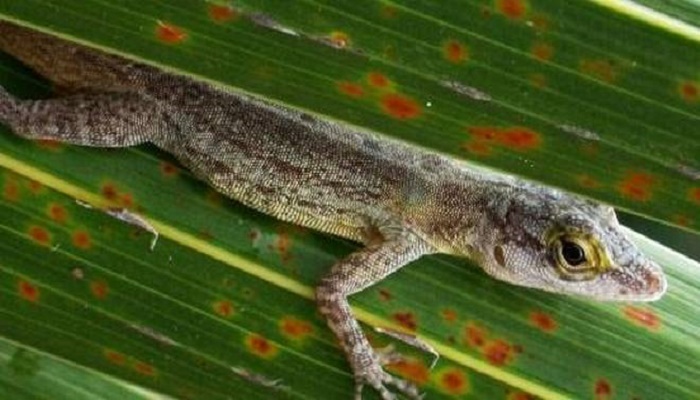 The arrival of European colonists led to a mass extinction of between 50% to 70% of the snake and lizard populations of the Guadeloupe Islands, according to a large fossil study published Wednesday.

The paper, which appeared in the journal Science Advances, highlights human impacts on animals that are often seen as less "charismatic" and therefore neglected in scientific study, its authors wrote.

Corentin Bochaton of the Max Planck Institute for the Science of Human History and the Centre National de la Recherche Scientifique said that he and his colleagues studied 43,000 reptile bone remains from the Caribbean archipelago's six islands.

"What we found is that we have massive biodiversity in the past record, with several species we were unaware were present there in the past, and also several species that were never described before," lead author Bochaton told AFP.

The team analyzed the remains of 16 taxa, or animal groups across 31 sites from Guadeloupe, which is a part of France.

By carbon dating the remains and their surrounding sediment, they were able to reconstruct the region's evolutionary history, and found that the mass extinction occurred over only the last 500 years.

The islands could have been first inhabited by humans as far back as 5,000 years ago. Columbus arrived in Guadeloupe in 1493, while French colonization started in 1635 and led to the disappearance of Guadeloupe's indigenous people within 20 years.

"We observed no extinction in the Amerindian time," said Bochaton.

The fossil record also showed reptile species were able to survive the climate transition at the end of the last Ice Age when this region became warmer and wetter.

As to what led to the eradication of species such as the curlytail roquet and the Marie-Galante Boa, the authors believe the colonists' cats, mongeese, racoons and even rats were mostly to blame.

Smaller reptiles fared better than the larger ones, which could be indicative of the invasive predators' preferences.

Their data also revealed that tree-dwelling species were less impacted — which Bochaton said might be down to the role of agriculture in the destruction of the ground-dwellers' habitats.

Bochaton said the work highlighted the importance of using fossil data to determine how humans impacted a region's biodiversity.

In the case of Guadeloupe, the transformation was so fast and so violent it occurred before contemporary naturalists had time to document the fauna.

The research also comes at a time of increasing recognition that reptiles — long victims of "taxonomic chauvinism" in science — have an important role to play in ecosystems, from seed dispersal and pollination to important ecosystem engineers.