Uyghurs in Xinjiang works as forced labours in China 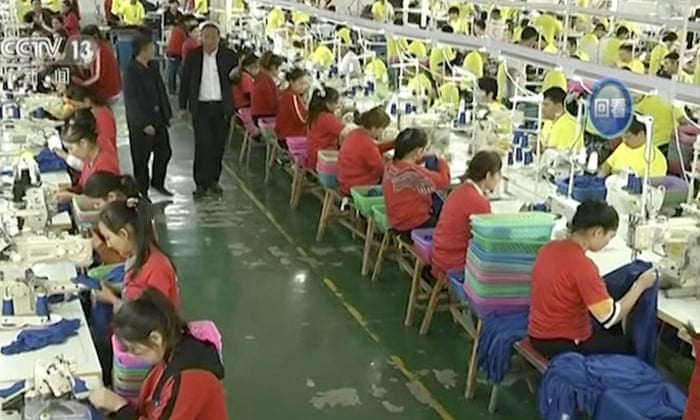 The recent investigation shows that the global production of solar panels depends upon forced labour from Uyghurs Muslims in China’s Xinjiang province.

A study conducted by United Kingdom’s Sheffield Hallam University said Chinese “labour transfers” in the northwest Xinjian region, where the Chinese government has been accused of committing genocide, is deployed in “an environment of unprecedented coercion, undergirded by the constant threat of re-education and internment”.

The paper reveals the ways forced labour in the Uyghur Region can pervade an entire supply chain and reach deep into international markets.

The investigation “determined that many of the major Chinese producers of raw materials, solar-grade polysilicon, ingots and wafers integral to solar module manufacturing are operating facilities in the region that have employed forced labour transfers of the indigenous people of the region, and that many of these manufacturers have beneficial relationships with the Xinjiang Production and Construction Corps”.

“These manufacturers’ adoption of compulsory labour has a significant impact on downstream producers of solar modules and for the governments, developers, and consumers who buy them,” the report said.

The researchers concluded: ‘Many indigenous workers are unable to refuse or walk away from these jobs, and thus the programmes are tantamount to forcible transfer of populations and enslavement.’

Recently, United States Special Envoy on Climate, John Kerry acknowledged that importing solar panel from Xinjiang is a problem due to forced labour by Uyghurs in the region and indicated that the Biden administration is considering sanctions over China’s use of forced labour in the production of solar panels.

Xinjiang produces about 45 per cent of the world’s supply of the key component, polysilicon, the research by the UK’s Sheffield Hallam University says.

Beijing, on the other hand, has vehemently denied that it is engaged in human rights abuses against the Uyghurs in Xinjiang while reports from journalists, NGOs and former detainees have surfaced, highlighting the Chinese Communist Party’s brutal crackdown on the ethnic community.

Early this year, the United States become the first country in the world to declare the Chinese actions in Xinjiang as “genocide”. In February, both the Canadian and Dutch parliaments adopted motions recognising the Uyghur crisis as genocide. The latter became the first parliament in Europe to do so.