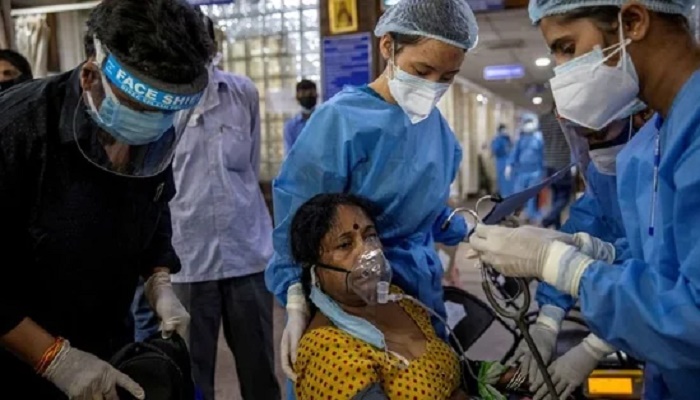 The number of coronavirus disease (Covid-19) cases recorded in India in the last 24 hours dipped to 2.59 lakh, the Union health ministry data showed on Friday. With this, the nationwide tally reached 26,031,991.

The daily fatality count - an area of concern in the second wave of the pandemic - once again went over 4,000 (4,209 to be exact) according to health ministry update at 8am. This pushed the nationwide death toll up to 291331.

At a press briefing on Thursday, health ministry joint secretary Lav Agarwal said that a continuous decline in Covid-19 active cases has been noted in the last 15 days.

"From being 17.13 per cent reported on May 3, the active cases now comprise 12.1 per cent of the country's total infections. A positive trend in recovery has also been noted. The recovery rate which was 81.7 per cent on May 3 has increased to 86.7 now," he said.

He also said that the country's positivity rate in the last 10 days has been recorded less than 20 per cent.

"Maharashtra, Rajasthan, Uttar Pradesh, Haryana, Gujarat, Chhattisgarh, Bihar, Madhya Pradesh, Delhi and Jharkhand are 10 states where a decline in cases and decline in positivity in the last 3 weeks have been observed," he added.

Prime Minister Narendra Modi held a meeting with district magistrates, local officials and chief ministers of some states on Thursday where he emphasised the need to save the villages and sought ideas and practices to tackle the pandemic. The Prime Minister said the Sars-Cov-2 virus is "like a shape-shifter and clever" and cautioned not to lower the guard.

India, meanwhile, conducted more than 20.55 lakh tests in a span of 24 hours (till Thursday), the highest ever conducted in a single day.