Jammu and Kashmir gets 7 oxygen plants from Germany 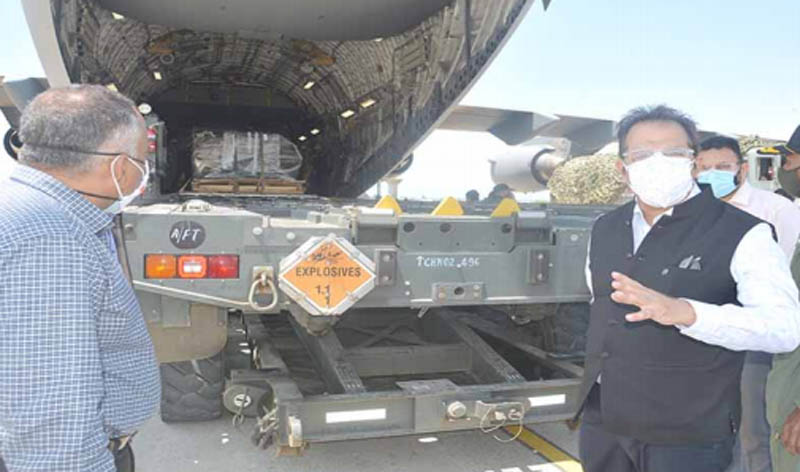 Jammu and Kashmir on Monday received seven new imported oxygen plants from Germany with a cumulative generation capacity of 7,100 litres per minute (LPM).

The oxygen plants were carried by an Indian Air Force aircraft from Munich in Germany and reached Srinagar Airport in the afternoon.

“New Oxygen Plants including 5 of 1000 LPM, one of 1500 LPM and one of 600 LPM capacity will further add 7100 LPM to the existing availability,” Lieutenant Governor of Jammu and Kashmir Manoj Sinha said in a tweet.

He said this will hugely augment oxygen supply to the health infrastructure in the UT.

“My deepest gratitude to Hon’ble PM @narendramodi for providing 7 Oxygen plants to JK UT. With his intervention, these Oxygen plants were airlifted by @IAF_MCC from Munich, Germany and safely landed at Srinagar Airport today at 12:45PM,” the LG added.

The Advisor said that with the Commissioning of these 7 plants, the oxygen requirement in the hospitals of the J&K will almost be fulfilled and will cater to our daily requirements.

The Advisor thanked the Prime Minister, Lieutenant Governor, Air Force “by whose efforts the oxygen generation plants have been received within two days only which otherwise would have taken 2 months.”

He said that the supporting infrastructure for the oxygen plants is almost ready and it is expected to be installed and to be commissioned within a few days.