Two Chinese nationals nabbed with 70 kilogrammes of drugs in Cambodia 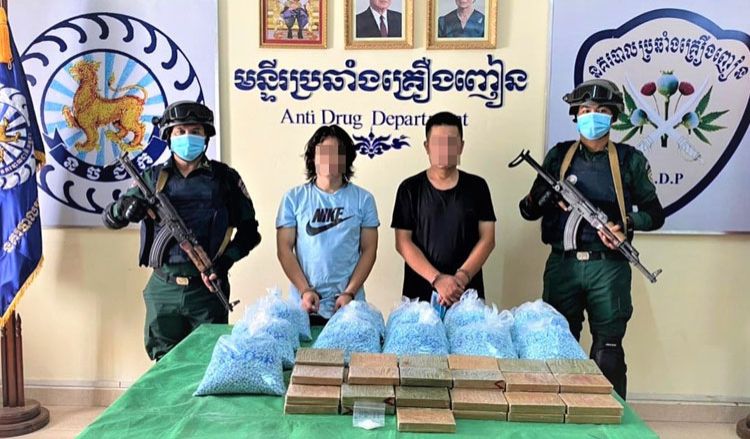 Two Chinese men have been charged after a massive drug bust in Cambodia's capital Phnom Penh that netted 70 kilogrammes of narcotics destined for Vietnam.

The 40-year-old and 58-year-old face counts of drug possession and trafficking, according to a Tuesday report by the Khmer Times, which noted the offences carry a potential life sentence.

The pair were detained last week as police raided a property in Phnom Penh. During the operation, officers recovered 52,768 MDMA tablets, 49 kilograms of heroin and 12 kilograms of methamphetamine.

The drugs were bound for Vietnam, it was reported, with suspects planning to use public bus routes to move the haul.

A separate but similar plot was also foiled last week when police arrested a man at a bus depot in the city with 6 kilograms of drugs including MDMA, ketamine and methamphetamine.

The 70 kilogramme seizure is one of the largest recorded in Cambodia, surpassing a 50 kilogrammes load of heroin intercepted in 2017 that was, at the time, referred to by an official as the country’s "largest” bust.

According to reports, Cambodian border police uncovered 120 kilogrammes of ecstasy on an inbound bus from Laos in 2018.

In a 2019 report, the United Nations Office on Drugs and Crime said increased enforcement at the northern border between Thailand and Myanmar had seen traffickers increasingly use Laos and Cambodia as smuggling routes for methamphetamine.